Jestajingle might be more than just another midweek winner for Neville and Sue Duncan.

Their in-form Oakland Park operation has been centre-stage with recent stakes winners Lite’n In My Veins and Saul’s Special and their iconic colours were in the frame again on Wednesday.

Jestajingle was the standout winner at Ascot when eased down by more than two lengths in the Stream TAB Touch Hcp (1000m).  “I was very pleased with that,” trainer Fred Kersley admitted.  “I liked the way she went about putting them away.  We will consider stepping her up to that fillies & mares race in a fortnight.”

Kersley was referring to the LR Jungle Mist Classic (1200m) at Ascot on Saturday week, November 19.  It will be just her 8th start since a belated debut as an autumn 3yo.

“She had me tricked early on,” Kersley recalled.  “She would settle back in her trials so we tried her over ground.  Then we worked out she would be better off in shorter races.”

Jestajingle is by Darley champion Lonhro from 2007 Gimcrack Stakes winner Jestatune (Rory’s Jester).  The mare’s 3yo Hit Tune (Rogano) was last seen winning a Belmont juvenile second time out in May.  And her 2yo colt Jukebox (Snitzel) is with Ciaron Maher after making $200,000 at the Melbourne Premier Sale in March.

Second-dam Umatune (Umatilla) was a Listed winner of the 2001 Crystal Slipper Stakes at Ascot and was purchased as a broodmare prospect by the Duncans in 2003.  They raced her homebred grey Ihtsahymn (Ihtiram) to WA Horse of the Year honours in 2014 after a summer hat-trick in the G2 WA Guineas, G1 Kingston Town Classic and G2 C B Cox Stakes.

Homebred sprinter-miler Lite’n In My Veins (Henrythenavigator) holds Group 1 nominations for the Railway Stakes (1600m) and Winterbottom Stakes (1200m).  He was aiming for a black-type hat-trick in the G2 Lee-Steere Stakes (1400m) last Saturday but faded to fifth behind Perfect Reflection.

Oakland Park-bred 3yo colt Saul’s Special (Charge Forward) won the LR Fairetha Stakes (1400m) at Ascot last Saturday and is the pre-post $5.50 favourite for the G2 WA Guineas on November 19.  He was a $160,000 buy for Mt Hallowell Stud’s Craig Thompson at the 2015 Magic Millions. 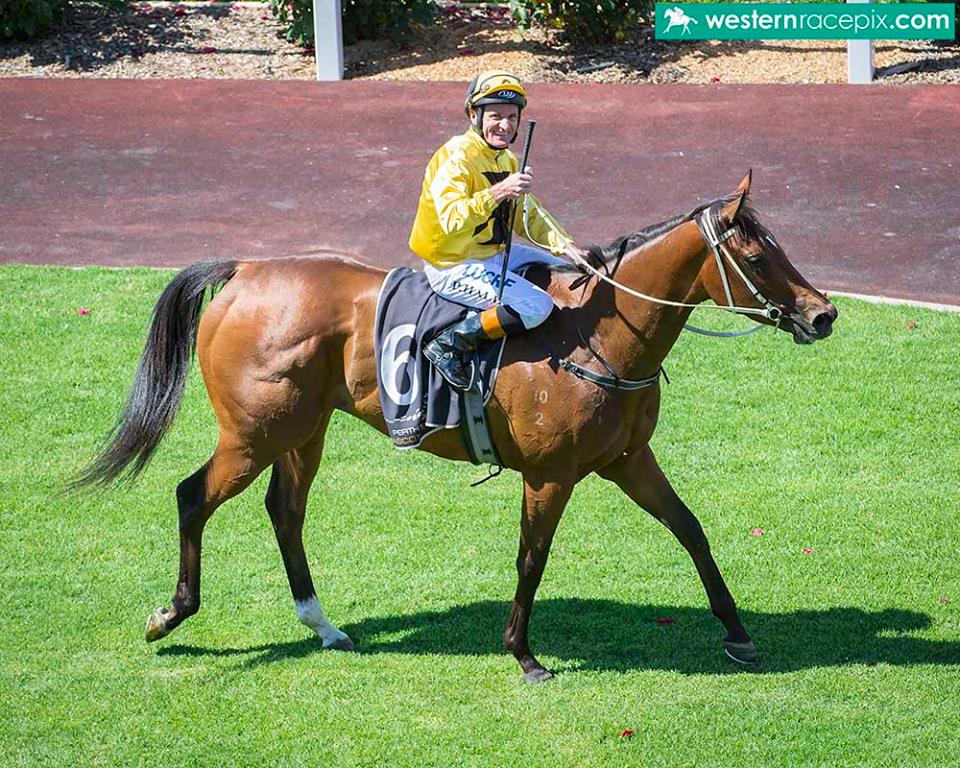