Home Cuanzo back in winner’s circle at Ascot

Cuanzo back in winner’s circle at Ascot

Cuanzo broke a long run of outs in the Mumm Champagne Stakes (1100m) at Ascot on New Year’s Eve.

He returned to the winner’s circle after taking the length of the straight to nail front-runner Just Act Natural for owner-breeders Lex and Shirley Piper.  His last win had been at Ascot in October 2014.

Cuanzo is by Mungrup Stud champion Oratorio and was just a couple of lengths shy of the top 3yo colts of his generation with placings in the LR Belgravia Stakes and LR Fairetha Stakes.  He subsequently changed stables and is now with Lou Luciani at Capel.

“I thought he was a good thing first-up at Bunbury a fortnight ago but he disappointed me,” Luciani admitted.  “He’s had leg issues so it great to get him over the line for the owners on Perth Cup day.  They’ve been terrific supporters for 30 years and even before then when I was riding.”

Cuanzo (pictured) is the penultimate foal from Geigerita (Geiger Counter) and the Pipers raced his older brother Geiger Rio to wins at Belmont (2) and Ascot.

The mare’s final foal Geiger Gem (Red Hot Choice) broke through for her first win at Northam earlier this season.  She graduated to an Ascot win in November before Luciani tipped her out for a spell.

Oratorio (Stravinsky) has sired the winners of 40 races this season and he closed the calendar year with earnings of $990,000. 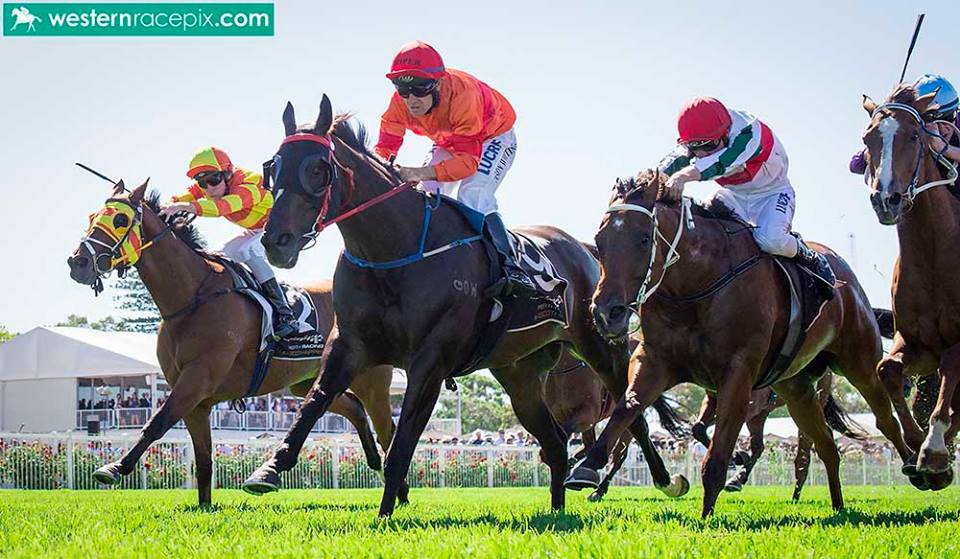