Home Good money for All American

Good money for All American

Geisel Park stallion All American has 11 yearlings catalogued for the Gold Coast and Perth Magic Millions in January – February.

His Gold Coast entrants will make good money starting with three colts on account of Arrowfield Stud in the first session on Wednesday, January 11.  The half-brother to Inglis 2YO Classic winner Lady Jivago (Lot 100) is first cab off the rank and his family tree includes Arrowfield’s champion sire Not A Single Doubt. 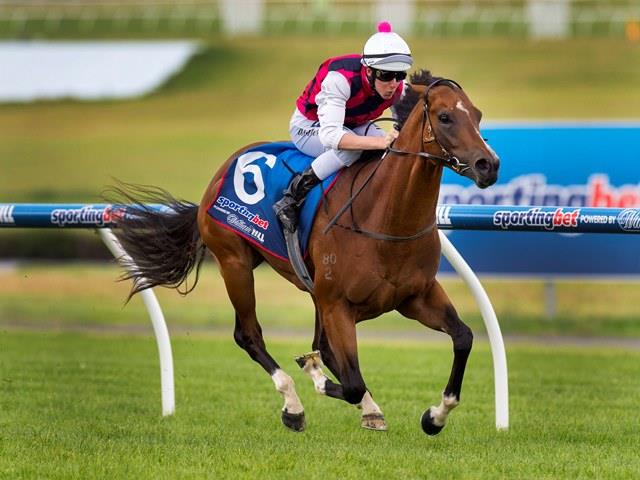 Lot 140 is an All American daughter of Kimillsy who won twice in Sydney as well as being Group 1 placed in a Flight Stakes for Mark & Kim Waugh.  The Wyong couple also race her first foal Calabasas (Snitzel) and he looked a nice prospect winning a Newcastle maiden before finishing fifth in last year’s G3 Black Opal.

All American has a blueblood parading as Lot 214.  The colt’s dam Merlene de Lago (Aus) won the G2 Turffontein Fillies Nursery in 2008 and was later repatriated to Australia by Arrowfield.

Her first foal Burnstone won the 2015 Blue Diamond Preview at Caulfield before tragedy struck a week later when he faltered and died during trackwork in the lead-up to the G1 Blue Diamond Stakes.

The family vies for the most precocious in Australia.  His second-dam is Merlene (Golden Slipper), third-dam Bold Promise (Magic Millions Classic) and Capitalist, who won both of the above, also appears through another successful branch of the pedigree.

The All American colt out of Tuusula (Lot 545) will be a target for talent scouts being the first foal of a Street Cry – Miss Finland mare.  Tuusula is also a full-sister to G1 Thousand Guineas winner Stay With Me.

The All American yearlings at the Perth Magic Millions include a filly and colt from Geisel Park.  The filly out of Storm Sense (Lot 87) is the first foal of a Belmont winner and the colt ex Glorianna (Lot 266) is from an unraced daughter of G2 Tea Rose Stakes winner Glory Girl.

All American (Red Ransom) covered his first book at Geisel Park this year and his initial Sunspeed-bred progeny will be catalogued for the 2019 Perth Magic Millions.