All American signed off a breakout year with another winning double on New Year’s Eve.

This time last year, All American was marking time in the Hunter Valley prior to a move to Western Australia that coincided with the emergence of his champion filly Yankee Rose. 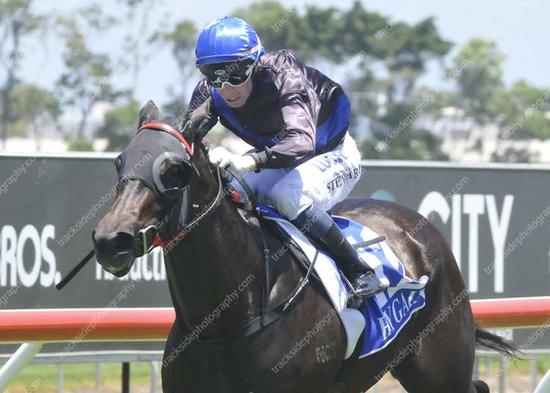 Sheza Yankee isn’t in her league but trainer John Meagher believe she will rise through the ranks after winning the Sky Racing Maiden Plate (1200m) on the Gold Coast.  Starting a short-priced favourite first-up since September, the 3yo filly jumped quickly and justified the quote to score by three-quarters of a length.

“She has always showed promise but was doing quite a bit wrong in her first prep,” Meagher said.  “It was good to see her get it right and score a decent win.  The experience will do her the world of good and I’m sure there will be more wins in store.

All American’s Kiwi-based 3yo filly Korakonui was even more impressive accelerating to a maiden win at Stratford in New Zealand.  She made up four lengths in the final furlong to win the Cardiff Sprint (1480m) running away.

Korakonui was handful in the straight for jockey Kelly McCulloch.  She laid in under pressure and then threw her head in the air before knuckling down to nail the leader La Bella Rosa right on the line.

The Ralph Manning trained filly was bought as a foal for $5,000 at the 2014 Gold Coast National Sale at she holds a Group 1 entry for the NZ Oaks in March.  Her dam Riddling (Redoute’s Choice) is a half-sister to Japanese stakes winner Admire Hokuto.

Korakonui has a 2yo half-sister named Countess Natasha (Charge Forward) with trainer Dion Luciani at Ascot and her yearling half-sister by Plant Five has been catalogued as Lot 38 for the Perth Magic Millions in February.