Home Six of the best from Mungrup Stud

Six of the best from Mungrup Stud

Mungrup Stud sires dominated Albany’s Boxing Day meeting with 6 of the 9 winners bred and raised by the Williamson family at Narrikup.

Mungrup has entered her half-sister for the Perth Magic Millions yearling sale in February.  Catalogued as Lot 340, she by first-season sire Playing God and is also a half-sister to WATC Country Cup winner Amelia Storm and Ascot winner Oratrice.

Oratorio has 23 yearlings entered for the Magic Millions and the first to parade is a standout brother to G2 WA Guineas winner Clueless Angel (Lot 15).  They’re from Marooned mare Petite Angel who is a sister to the dam of G1 Railway Stakes winner Elite Belle.

Mungrup Stud topped vendors at the 2016 Perth Magic Millions with turnover of $1.23 million and Oratorio (Aus) led the stats among WA stallions.  He had 12 yearlings average $51,667 with the colt from Agribiz (Key Business) the most expensive by local sire at $170,000.

Purchased by Wally Mitchell, the top-priced youngster is named Colourful Charade and he looked an early winner when third on debut at Ascot in November. 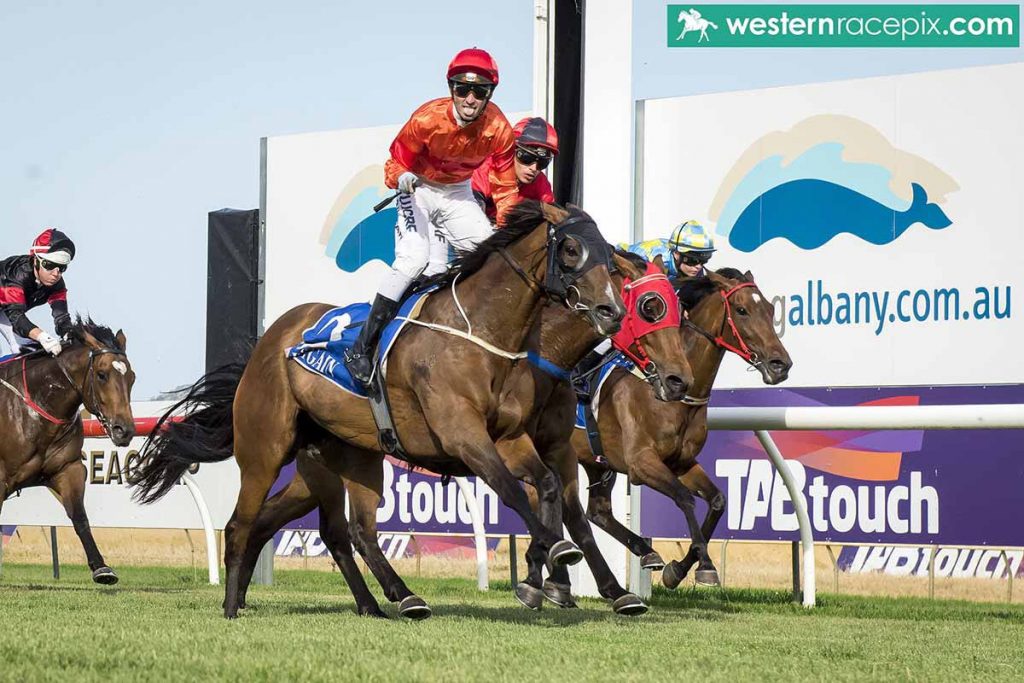