Snippetson sires winners Australia-wide and that augers well for his West Australian progeny in the years ahead.

Purchased by Scenic Lodge last year, his first Sunspeed foals are on the ground from an initial book of 85 mares at Muchea.

Flemington winner Kenjorwood sent Snippetson through $1 million in earnings this season with a narrow victory in the Chanteclair Hcp (1600m) on Saturday.  He had been nominated for the G2 Villiers Hcp at Randwick but trainer Darren Weir elected to stay on home turf instead of travelling to Sydney.

“We were going to head up there but he drew wide,” Weir explained.  “And until today he hadn’t been fit enough to take advantage of racing on the speed and toughening it out.”

Kenjorwood (7g Snippetson – Flying Diva by Flying Spur) will likely back-up in the Lord Stakes at Caulfield on Boxing Day and then head to the Gold Coast for the $10 million Magic Millions raceday on January 14.

Previously trained by Darren Kenny and Peter Moody, Kenjorwood races for a Tasmanian syndicate headed by Leigh Winwood.  He won the Alfa Bowl at two and was runner-up in the LR Tasmanian Guineas and LR Hobart Guineas before transferring to the mainland.

Saturday’s victory was his third at headquarters in addition to victories at Caulfield (2), Sandown, Bendigo and Randwick for earnings of $614,050.

Snippetson’s flying filly Security Belle opened her winning account this season in the Gala Ball 3YO Hcp (1050) at Rockhampton on Tuesday.   She had won her first three juvenile starts by a combined 15 lengths for Fred Smith, Max Ison & Pat Paterson and has now earned over $100,000. 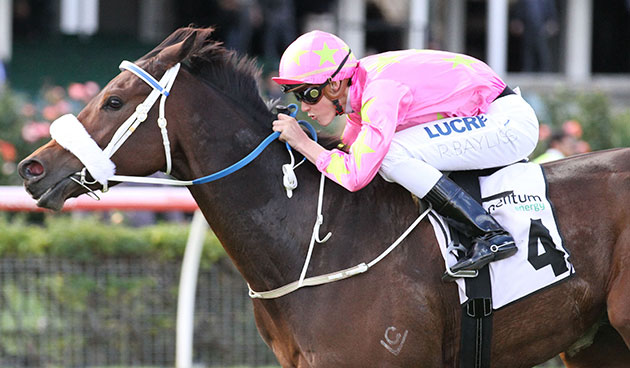