Home All Americans in demand on Gold Coast

All Americans in demand on Gold Coast

All American was in demand during Book 1 of the Gold Coast Magic Millions with his 4 yearlings averaging $155,000.

The Geisel Park resident sired 5 winners in the last 5 days of 2016 and he started the New Year with 2yo colt Ameridon (Tamworth) plus international winners Peach Bowl (Singapore) and Invisible (Hong Kong).

His top-priced Magic Millions colts from Merlene De Lago and Tuusula both made $180,000 to the bids of David Payne and Tony McEvoy.

Payne bought his colt on spec but was already on the phone to clients within minutes of signing the sales sheet.  “He’s a lovely type with plenty of scope.  The South African connection was appealing but, above all that, he looks like a Guineas horse to me.”

All American (Red Ransom) covered his first book at Geisel Park last year and the Myalup nursery has catalogued a filly from Storm Sense (Lot 87) and a colt out of Glorianna (Lot 266) for the Perth Magic Millions in February. 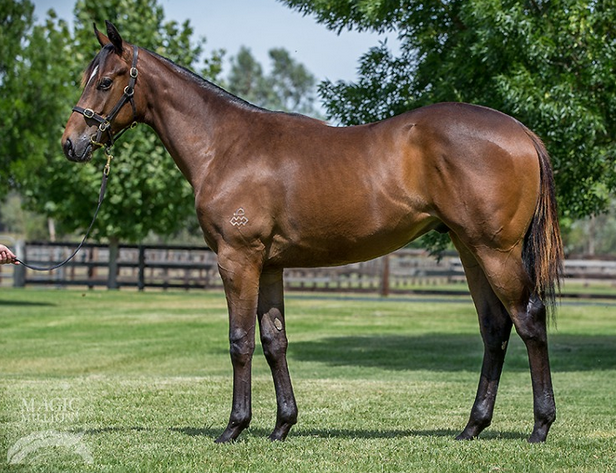