Gary & Candice Castledine gave the Sunspeed contingent a superb start to the Gold Coast Magic Millions with a Not A Single Doubt – Moccasin Bend colt that made $725,000 on Thursday morning.

The Serpentine-based couple had purchased Group 2 WA Guineas winner Moccasin Bend for $135,000 in 2014.  The Eternity Range mare was carrying a Sepoy filly that made $75,000 at last year’s Magic Millions to South African trainer Paul Lafferty.

The Castledines operate Beluga Park on 80 acres at the base of the Serpentine National Park and they welcomed another Sepoy filly from Moccasin Bend in September.

The Not A Single Doubt colt was purchased by agent Angus Gold on behalf of Sheikh Hamdan and he will be trained by David Hayes.  “He’s a very nice individual and looks a real solid runner out of a mare who could run in Western Australia,” Gold said.  “He looks the right sort of horse for the Magic Millions Classic next year.

Attunga Stud sold the colt for the Castledines among its draft of a dozen yearlings.  “As soon as he arrived on the farm we knew he was going to be our best horse,” studmaster Brian Nutt said.  “He’s very athletic and looks like an early two-year-old.  He’s perfectly suited for this sale and it’s fantastic to see him going to a great home.”

Beluga Park has catalogued colts by Sepoy (Lot 110) and Foxwedge (Lot 218) for the Perth Magic Millions in February. 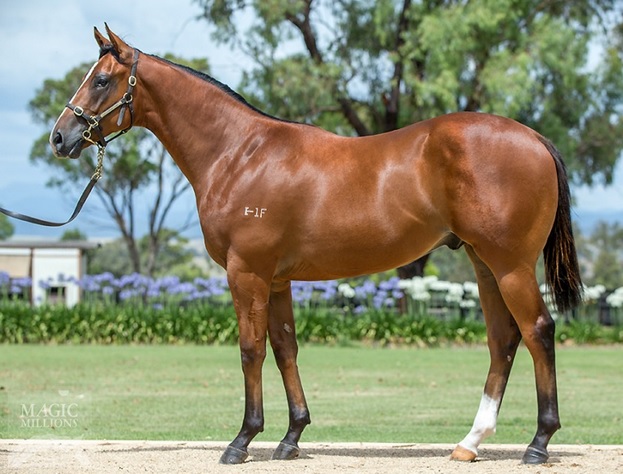