Group 1 1996 Breeders Cup Classic winner Alphabet Soup is undergoing a revolutionary skin cancer treatment that could save his life.

The cutting-edge cancer treatment is a vaccine that allows Alphabet Soup’s immune system to target the melanoma.  Since skin cancer cells were first collected in July 2016 for use in developing the vaccine and eight treatments that followed, veterinarian Dr. Bryan Waldridge has seen a reduction between 75% and 80% in the cancerous masses that had developed near his tail.

“We’re hoping the immune system will stay after that cancer.  We’re hoping for a progressive shrinkage,” Waldridge said.  “I would think it would be months in the future until we know where we’re going to get to, but it’s gone down enough that I wouldn’t be shocked to see this totally go away.”

Old Friends founder Michael Blowen has seen Alphabet Soup in better spirits in the paddocks as the treatment has reduced the cancer.  The treatment is being funded by Frank Stronach who stood the son of Cozzene at Adena Springs.

The IFx-VET multi-indication cancer vaccine allows the retired stallion’s immune system to target and eliminate cancer cells by placing an indicator on the cancer cells to alert the immune system of the enemy.  Besides being effective, it has the added advantage of being less invasive compared with some other treatments.

“I would be thrilled to stay where we are and we’re even ahead of where I ever thought we would be,” Waldridge said.  “I guess we can figure continued shrinkage of the masses being our best-case scenario.”

Waldridge said he’s had several other veterinarians ask about the treatment and he said he can’t speak highly enough of the service provided through Veterinary Oncology Services-Morphogenesis.

Patricia Lawman, CEO of Morphogenesis, said even though her company has been on the front line, the treatment sometimes still amazes her.

“For so many people it sounds too good to be true being able to treat these cancers with no side effects and relatively little money…but that’s what this technology is and how it works,” Lawman said.  “It’s not specific to any tumour because it’s a bacteria that can be injected into any tumour, and it doesn’t cause side effects.”

Veterinary Oncology Services-Morphogenesis believes the ideas behind the treatment can be used on many different cancers.  The company also hopes to expand into treating people. 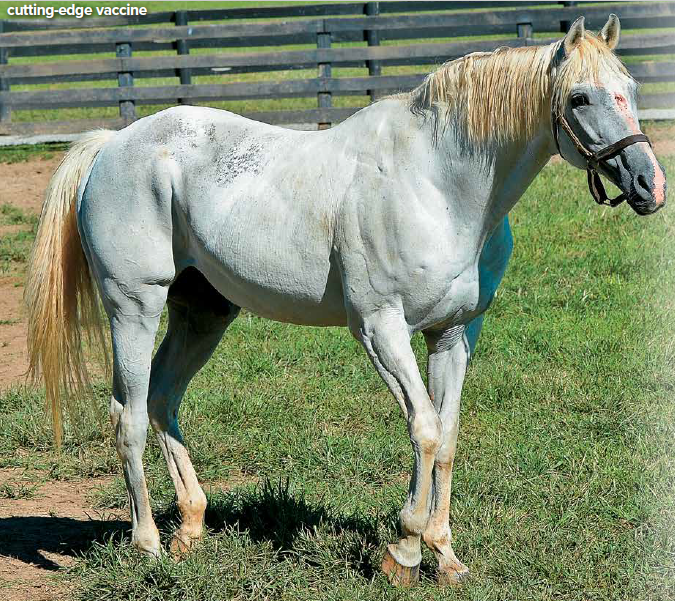