And he’s doing it against aristocratic opposition to boot.

Based at Yarradale Stud, he leads the Australian First Season sires’ premiership against blue-blooded competitors like Black Caviar’s champion half-brother All Too Hard and Golden Slipper winner Pierro.

The facts and figures are there for all to see – as well as the stark contrast between them.

All Too Hard has yet to sire a winner among 18 individual starters while Pierro has sired one winner from a half-dozen starters.

If the leader-board was based on strike-rates alone, Gingerbread Man would be streets ahead.  He’s only had 4 starters so far with stablemates Achernar Star and Very Angry Gal both saluting for trainer Simon Miller.

Marsh is a Melbourne Cup winning Kiwi expat who moulded Gingerbread Man into Singapore’s Champion 2YO and 3YO.  “It’s not at all surprising his progeny have come through early,” he said.  “He won the Singapore Juvenile Championship on natural ability and then had a phenomenal year winning the Singapore Guineas.

“He was very deceiving as a racehorse.  He was quite small but Vlad (Duric) always said he felt big underneath.  I knew he would make it as a stallion and he has a big future at stud.”

There’s still a long way to go until the Champion First Season sire is crowned, but Gingerbread Man will give them something to chase if Achernar Star continues his unbeaten run in the $250,000 Magic Millions WA 2YO Classic at Pinjarra on Saturday week, February 11.

Yarradale Stud manager Bernie Hamill is a great believer in Gingerbread Man.  “He was a good racehorse in his own right up in Singapore which is what attracted us to him in the first place,” she said.  “The West Australian connection with the Asian market has always been very strong.

“Besides that appeal, he’s by Shamardal who had already kicked off his career with promising sire sons like Lope De Vega.” 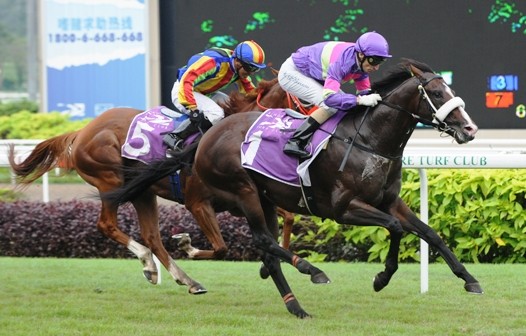