Mungrup Stud should receive another update for its younger brother to Outlaw Pete before the Perth Magic Millions gets underway on February 20.

Trainer Trevor Andrews indicated he will keep Outlaw Pete for middle-distance races after a last-start victory in the Amelia Park Hcp (2150m) at Ascot.  “We will stay around the same trip – he’s genuine and always tries his heart out.  He can relax and has a good turn of foot.

“He’s been unlucky but everything went to plan today.  There was a good tempo and he got off the fence and worked into race at the right time.”

His yearling brother by Oratorio has been catalogued as Lot 108 for the Perth Magic Millions.

Their dam Toy Of War won 6 times in Perth and the provincials before Key Farm owner Geoff Evans sold her off the track for $38,000.  She foaled a Playing God filly in November and was then covered by Mungrup newcomer I’m All The Talk.

Colourful Charade is another Oratorio ready to break through before the Perth Magic Millions.  Wally Mitchell’s promising colt was run down in the final stages when runner-up to Achernar Star at Ascot on Saturday.

His dam Agribiz (Key Business) has an Oratorio colt at foot and was bred back to Mungrup’s champion sire in October. 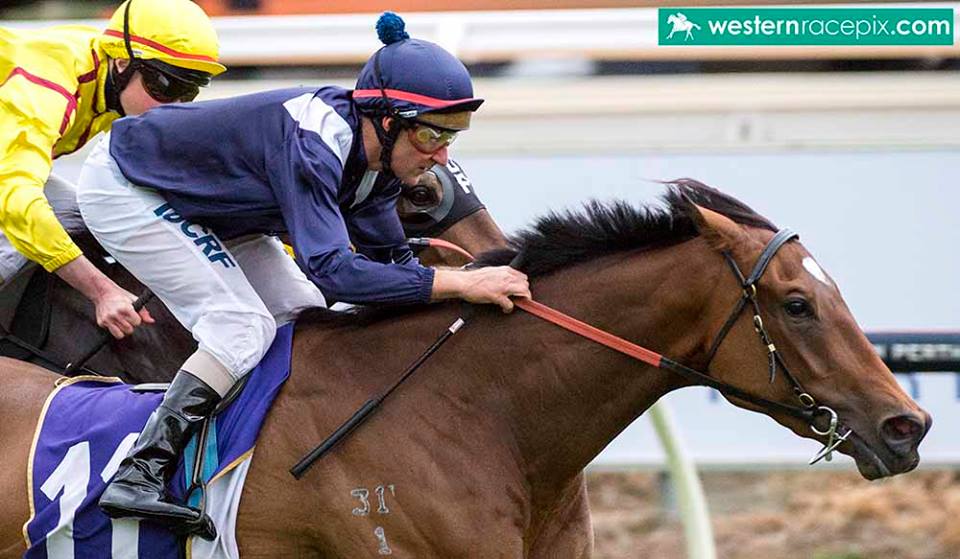