Home Platinum a plus for Gingerbread Man

Platinum a plus for Gingerbread Man

The Westspeed Platinum Scheme has propelled Yarradale Stud freshman Gingerbread Man to the top of the Australian first-season sires’ premiership.

His unbeaten son Achernar Star accrued $36,000 in prizemoney plus a $37,500 Westspeed Platinum Extra bonus for winning the Get The TAB Touch Plate (1100m) at Ascot on Saturday.

Gingerbread Man (Shamardal) now leads the national ladder with $217,500 from All Too Hard, Instinction and Pierro.

“He’s a ripper,” trainer Simon Miller said as Peter Knuckey brought the winner back to scale.  “He’s got the frame and a brain and I like his attitude.  He was vulnerable today – he’s not fully wound up because he’s in for a long preparation.”

Achernar Star (2g Gingerbread Man – Morine by Danetime) had won on debut at Belmont in October when he collected $75,900 in prizemoney and a Westspeed Platinum Extra bonus.

“This is where I envisioned he would be when I bought him at the Magic Millions,” Miller added.  “He’s got a huge stride and will improve again when we add blinkers.”

Gingerbread Man was Singapore’s Champion 2YO and 3YO before Yarradale Stud owner Ron Sayers signed him to stand in Western Australia.  His second-crop of yearlings at the Perth Magic Millions on February 20 & 21 is headed by a half-brother to Silent Sedition (Lot 252). 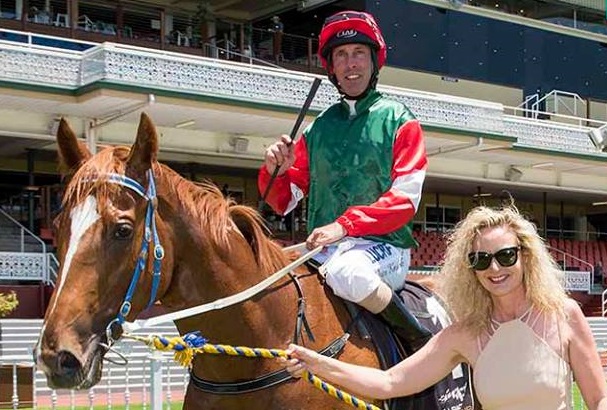