Dawson Stud struck twice on the Gold Coast last week – at the races thanks to Alfred Nobel sprinter Winning Supreme and across the road at the Magic Millions with a filly by I Am Invincible.

Winning Supreme (4g Alfred Nobel – Matilda Grace by Stravinsky) won the First National Palm Beach Hcp (900m) after shortening from $8 to $5 last Saturday.  “I thought he would win and it was a great ride by Luke (Dittman),” visiting trainer Gary Moore said after a successful hit-and-run trip to the Gold Coast.  “We picked two to come up here and they both won.”

Winning Supreme’s younger half-sister by My Admiration is part of the Dawson’s draft to next month’s Perth Magic Millions.

Daws sold an I Am Invincible – Most Secret filly to Darren Dance of Australian Thoroughbred Bloodstock for $170,000 on Thursday morning.  She is a half-sister to G1 Railway Stakes winner Covertly and Rangeview Park sire So Secret.

Fontainebleau, having her third start, finished hard when clear to gain a last stride win in the Essential Refrigeration Maiden (1300m).  The 3yo filly is a half-sister to Uncle George, a nine-time winner from 1200m to 2400m, and will be better suited over longer distances.

Miss Sondrio sat on the pace winning the Silver Sands Resort Hcp (1200m) making it 4 provincial wins from 4 starts this preparation.   The 4yo mare is from the family of G2 WA Champion Fillies Stakes.

Undisclosed made a brilliant return winning the Tuckeys Mitre 10 Hcp (1000m) by 5 lengths in 57.52sec.  At her only other start, the 3yo filly had won over 1000m at Belmont Park in May 2016.  Her dam Agra is a half-sister to G3 Carlyon Cup Time Matters and second-dam Maat is a half-sister to Melbourne Cup winner Rogan Josh.

Alfred Nobel (Danehill Dancer) was a Group 1 winner of the Phoenix Stakes in Ireland and has been extremely popular with WA breeders.  He served 88 mares in 2015, 109 in 2016 and his best days are ahead. 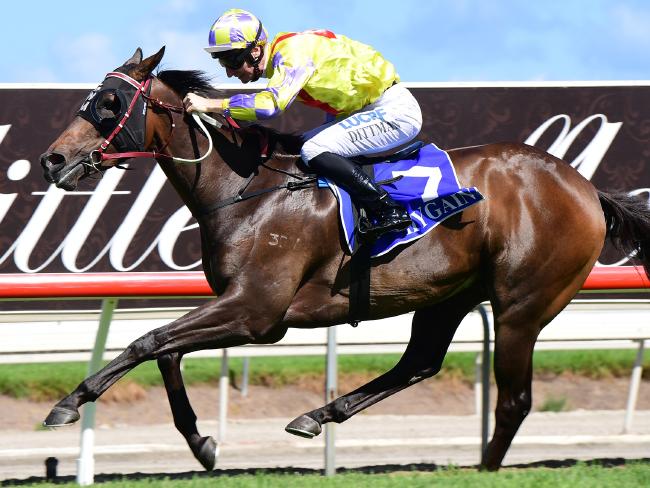