Tess ready to Reign for Westspeed

Consistent filly Dainty Tess has been an outstanding advertisement for Yarradale Stud sire War Chant and the Westspeed bonus scheme.

The Dan Morton trained 3yo improved her record to 7 wins from 18 starts in the Penfolds Plate (1000m) at Ascot on Saturday.  The front-running victory increased her earnings to $506,800 with $175,000 of it courtesy of Westspeed.

Westspeed goes from strength-to-strength and Dainty Tess is closing fast on Military Reign (Universal Ruler) who holds the record with bonuses of $180,000.

“She’s a special filly and is bullet-proof if allowed to slide along in the lead,” Morton said.  “I would love a stable-full like her.  Winning black-type is important and we will look for some further down the track.”

Dainty Tess is the first winner from Belmont winner Classic Smile (Bletchley Park) and the mare has a Frost Giant colt catalogued by Huwin Stud (Lot 201) for the Perth Magic Millions on February 21.

War Chant (USA) has 22 yearlings entered for the Perth Magic Millions and his top-class mare Silent Sedition is due to resume in the G3 Geoffrey Bellmaine Stakes (1200m) at Caulfield on February 11.

Silent Sedition will then progress to the G3 Mannerism Stakes (1400m) a fortnight later before heading to Sydney for the G1 Coolmore Stakes and G1 Queen Of The Turf.  “She did very well during a short break,” trainer Andrew Noblet said.  “She’s going to be competitive in those races if she can return to the form she showed last preparation.” 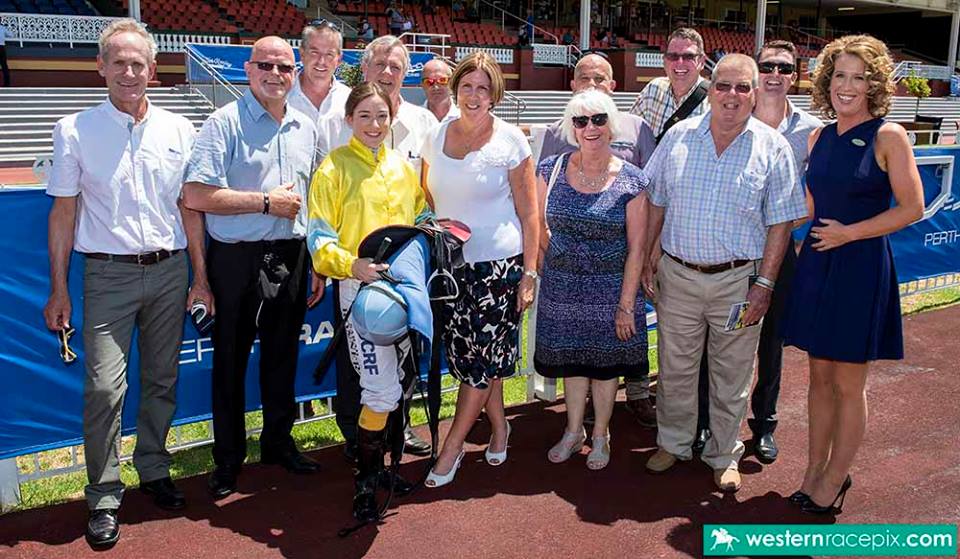