Home The Shoe fits at Pinjarra

The Shoe fits at Pinjarra

A raw talent named The Shoe commenced Pinjarra’s stand-alone meeting in some style on Saturday.

The Shoe produced a remarkable performance on debut to win the Programmed Property 2YO Plate (1200m).  Detached from the field and being scrubbed along leaving the back straight, he got a cart into race on the corner and then flew home to win running away.

“It was a nice win and he looks a progressive horse,” Hamill said.  “Stephen has given him a quick break and will bring him back for the Magic Millions Classic next month.”

Patronize sired him from Grand Oscar (Grandera) who won at Ascot and Belmont for Ron Sayers (Yarradale Stud) and Glenn Martin (Touchstone Farm).

“They were partners in three mares that were put up for sale when Glenn left Touchstone and moved to Thailand,” Hamill recalled.  “I bought Grand Oscar for $1,000 and her first foal is a 3yo named Vital Asset we have with Rhys Radford.”

Grand Oscar is a half-sister to 2003 Crawford Stakes winner Cation and Hamill also has a filly on the ground by City Place and a subsequent positive to Demerit.

Ironically, The Shoe defeated Touchstone Farm juveniles Salubrious and Paradise Square in a far from straightforward victory at Pinjarra.  He was a handful for Randy Tan and the apprentice was cautioned by stewards for allowing his mount to crowd other runners in the straight.

Patronize (Redoute’s Choice) stands at Darling View Thoroughbreds in association with Yarradale.  He has 13 yearlings catalogued for the Perth Magic Millions on February 20 & 21. 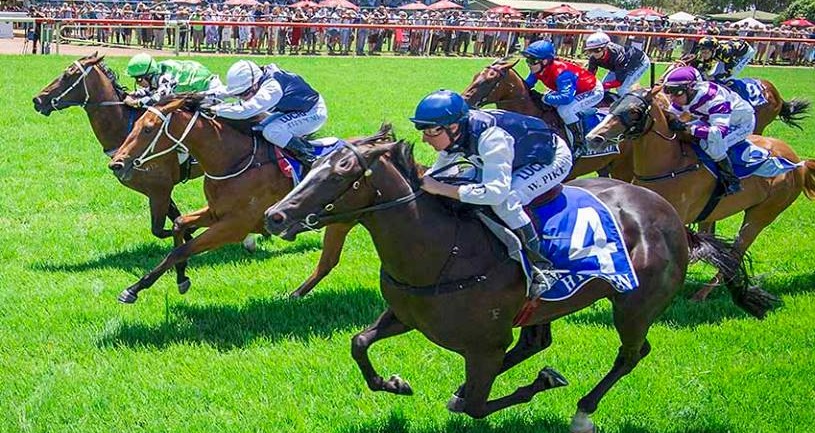