Overcoming an outside barrier, Black Heart Bart let his class shine as he led home a crack field to win by a length.

Sent out the well backed favourite after a slashing first up second in the Group Two Australia Stakes, Black Heart Bart showed great natural fitness to win a fourth Group One.

A son of Scenic Lodge champion Blackfriars, Black Heart Bart was purchased by senior part owner Kim Renner for $20,000 at the 2012 Magic Millions Perth Yearling Sale.  With 15 wins from 38 starts, Black Heart Bart has now earned for his connections over $3.1 million.

Trainer Darren Weir said it was a thrill to have a horse as good as Black Heart Bart in his stable and thanked connections for trusting their champ with him.  “He’s a beauty isn’t he,” a beaming Weir said after the race. “What a horse to have in the stable – I’m so glad the owners chose our stable.”

“He’s bomb-proof.  He’s a great racehorse and he got a great ride from Brad (Rawiller) today.”

Black Heart Bart enhanced his outstanding record at both the distance and course.  He has won four of his five Caulfield runs (he was second the other time) and he has seven wins and four runner-up placings from 12 goes at the 1400m.

“To be fair he was always going to be better second up after that run at Moonee Valley,” Rawiller said.  “You’ve got no idea how much I love this horse.”

There was also a home-town crowd supporting Black Heart Bart at Pinjarra’s stand-alone Saturday meeting.  “What a great win,” Magic Millions Managing Director Vin Cox said.  “It is fitting a graduate of the Perth Yearling Sale would win on the day we’re here for the running of the WA 2YO & 3YO features at Pinjarra.”

The 2017 Magic Millions Perth Yearling Sale will be held at the Belmont Racecourse on February 20 and 21. 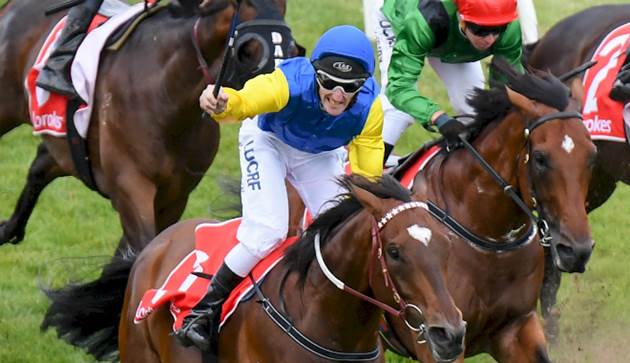