Amelia Park topped Day 1 of the Perth Magic Millions with a $325,000 Not A Single Doubt colt purchased Gangemi Racing.

The colt is a half-brother to Samovare who won the 2016 Group 3 WA Champion Fillies Stakes for Amelia Park owner Peter Walsh and Brian Bradley.

Amelia Park led the averages with its first draft to the Perth Magic Millions last year and is on track for an encore after the first session’s trade at Belmont on Monday.  The Vasse nursery also sold a Sebring colt to trainer Ben Pearce for $105,000.

The Not A Single Doubt colt was targeted by numerous good judges.  “He was the one we wanted,” Michael Gangemi said.  “The stallion is on fire.  They get up and run and Westspeed is very attractive.

“He’s beautifully balanced colt and is a great walker.  He’s a strong horse and has an amazing attitude.”

Second on the leader-board was the Star Witness-Trading Halt colt from Gervase Park who sold to Ric Wylie Bloodstock for $160,000.  He’s from a half sister to Group winner Bank Robber.

Day 1 turnover reached $4.33 million at an average of $38,319 which was up 1% on last year.  “The numbers are very much in line with Day 1 last year,” Magic Millions Managing Director Vin Cox said.  “When the good horses come into the ring, the competition is fierce.

“We are disappointed with the (72%) clearance rate.  By our standards we would like to be into the 80s.”

Day 2 of the Perth Magic Millions starts at 11am on Tuesday. 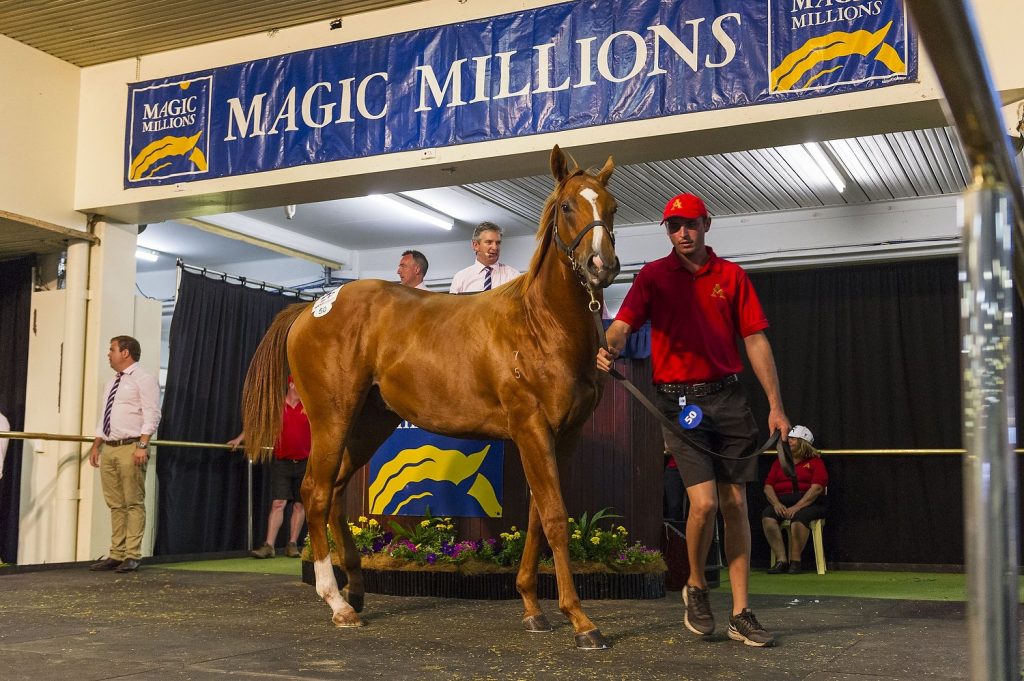 PERTH LEADER
Not A Single Doubt colt made $325,000 at Belmont