Ducimus has delivered a second juvenile stakes win for Oakland Park Stud this month in the Listed Talindert Stakes (1100m) at Flemington.

The Team Hawkes trained colt was heavily supported from $9 into $4.60 favouritism on Saturday coming off a maiden win on debut at Ballarat last month.  He was the top-price yearling at the 2016 Melbourne Premier when offered by Oakland Park owners Neville and Sue Duncan through the draft of Blue Gum Farm.

“Just because their price tag is big, it doesn’t mean they can run,” co-trainer Wayne Hawkes said.  “He’s still a baby and will probably go for a spell.  I know there’s a Blue Diamond next week but we will let him mature for something else down the track.”

Ducimus (Snitzel) is a half-brother to the Oakland Park-bred stakes winner Lite’n In My Veins (G3 Sir Ernest Lee-Steere Classic) and promising stakes-placed 3yo Where’s Wally.

Oakland Park had already booked a berth in the G1 Blue Diamond with Jukebox who won the $250,000 Inglis Premier (1200m) at Caulfield on February 4.  He’s another son of Arrowfield sire Snitzel and cost $200,000 at last year’s Inglis Melbourne Premier.

This year’s Oakland Park draft for the Perth Magic Millions includes a Husson half-sister to Saul’s Special (LR Fairetha Stakes) and its resident sire Rogano has fillies out of a sister to Randwick Group 3 winner Spirit Of Tara and a half-sister G3 Colonel Reeves Stakes winner Avante. 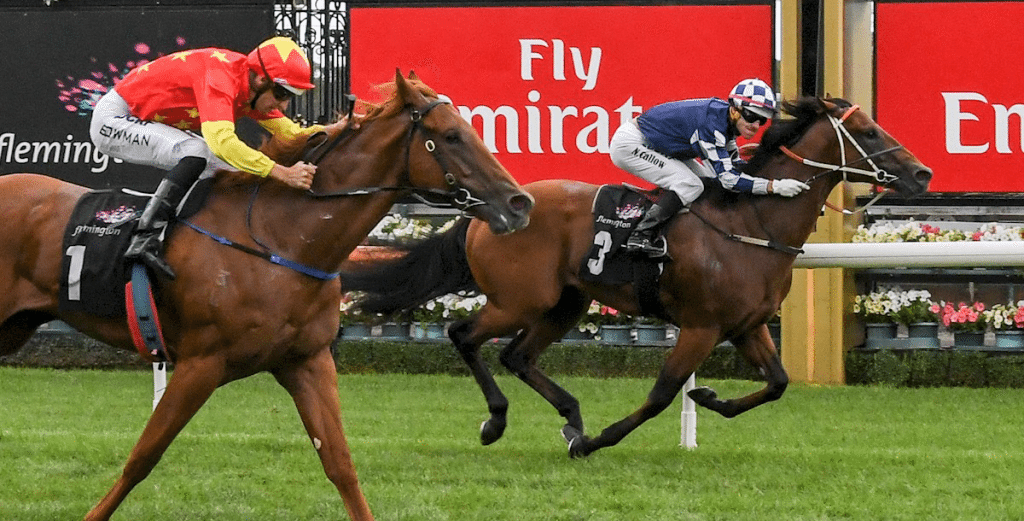