The fillies swept away with both features on Ladies Day at Pinjarra as the Magic Millions Western Australian races took the meeting to new ground in 2017.

For the first time held on a stand-alone Saturday, the day attracted a large crowd and was declared a resounding success by all involved.

Lucy Mae (Stratum) held out unbeaten youngster Achernar Star (Gingerbread Man) by a narrow margin as a $41 outsider.  She was an $80,000 purchase for owner Martin Epis at the 2016 Perth Magic Millions Yearling Sale from the draft of Scenic Lodge.

“There’s not much to her, but she really tried hard and I couldn’t be happier,” a delighted Martinovich said.  “I gave her a run three weeks ago and didn’t do much with her since then.  I’m really happy with the way she fought.”

In-form filly Enchanted Dream won the 3YO Trophy with a driving finish to overhaul odds-on favourite Ellicazoom.  She is by Darling View Thoroughbreds sire Patronize who also supplied third-placed Parading.

A $55,000 purchase from Western Breeders Alliance at the 2015 Perth Yearling Sale, Enchanted Dream has now won all three starts this preparation and trainer Ben Pearce believes she will be effective up to 1600 metres.

“It was the second running of the Magic Millions meeting at Pinjarra and the first as a stand-alone Saturday card and the day was a great success.  We look forward to the meeting continuing to grow in 2018 and beyond.”

The Western Australian industry focus will now turn to the Magic Millions Perth Yearling Sale to be held at the Belmont Park Racecourse on February 20 and 21. 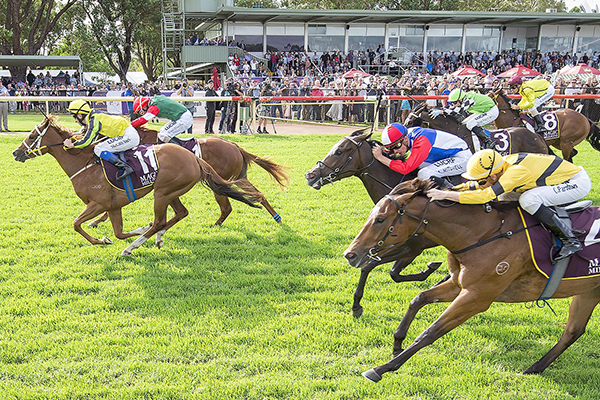