The Snitzel colt is trained by Ciaran Maher and had won on debut at Geelong before doubling up in the rich sales-related race at Caulfield on Saturday.

The Duncans sold Jukebox for $200,000 at Oaklands last year and kept a share in a syndicate that includes Midfield Group founder Colin McKenna and Darley’s Victorian manager Andy Makiv.

Jukebox was promoted to a $6.50 equal favourite for the $1.50 million G1 Blue Diamond Stakes on February 25 following a stunning two-length victory over Coppergate (Helmet) and Perast (Snitzel).

“He has always been our benchmark two-year-old, he’s very professional and very natural’’ Maher said on Saturday.  “Fitness-wise, he improved off his first run and I still think there’s a bit of improvement.  It’s three weeks into the Diamond now so it’s a good spacing.’’

Jestatune is a half-sister to Oakland Park’s 2014 WA Horse of the Year Ihtsahymn (Ihtiram).  Second-dam Umatune (Umatilla) won the 2001 LR Crystal Slipper Stakes at Ascot and was purchased as a broodmare prospect by the Duncans in 2003.

Oakland Park’s famous yellow & black maltese-cross colours were seen to advantage at the Perth summer carnival with Lite’n In My Veins in the G3 Northerly Stakes at Ascot.  The Duncans also bred and sold LR Fairetha Stakes winner Saul’s Special and will offer his Husson half-sister as Lot 212 at the Perth Magic Millions later this month. 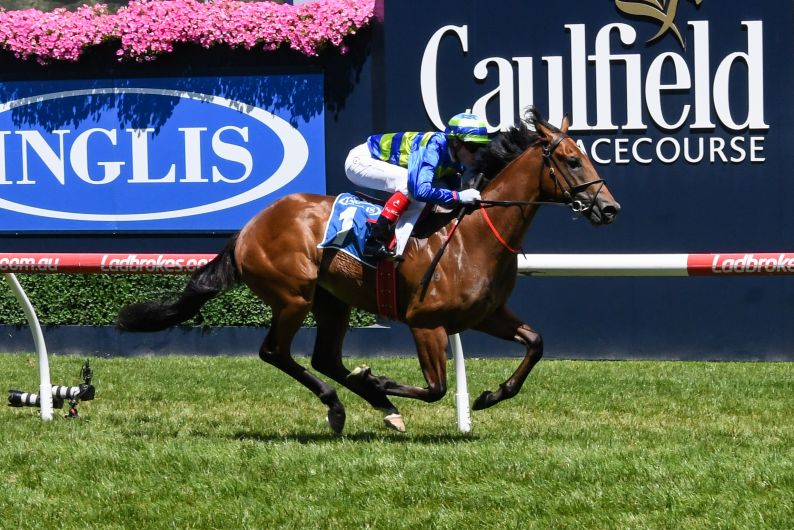