While the win may have surprised punters, Munce reckoned she was value in the Trackside Cinema Hcp (1110m).  “She went like a bomb in a recent unofficial trial,” he revealed.  “She had heavy shoes on and I must admit I had something on her at big odds.”

Having her first start for Munce after two wins in NSW, she peeled wide in the straight and powered home to defeat Final Over (Danroad) and Flo Jo Snip (Snippetson).

Doubt She’s A Lady is by Arrowfield sire Not a Single Doubt and is one of five winners foaled by a G2 Light Fingers Stakes winner Lady Mulan (Bigstone).  Scenic Lodge bought the mare for $80,000 at the 2012 Magic Millions National Sale.

Scenic Lodge has 27 yearlings entered for the Perth Magic Millions next week and Not A Single Doubt is also represented by a half-sister to Samovre (G2 Champion Fillies) and a colt from All Friared Up (LR Beaufine Stakes). 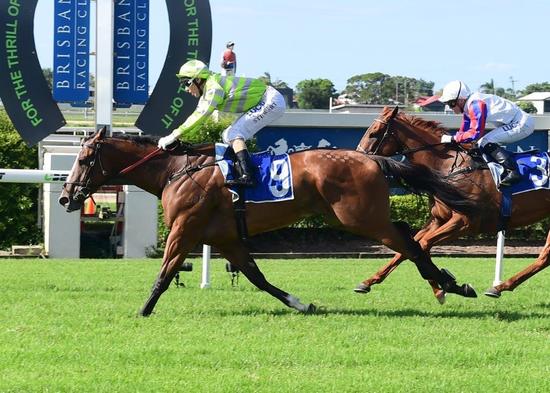