Gradual Incline is going better than his name would suggest in his first preparation for Albany trainer Gerry Hughes.

A son of Mungrup Stud champion Oratorio, he’s already a city proposition after a smart victory in a Class 1 sprint at Pinjarra on Sunday.  Given a perfect run behind the pace by Glenn Smith, the 3yo gelding angled into the clear at the furlong and then held off late closer The Gospel Sin to score by three-quarters of a length.

Oratorio sired him from Movie World (Arazi) who is a half-sister to G2 Perth Cup winner Crown Prosecutor.  The mare has a 2yo filly by Dick Turpin and a yearling colt by Playing God.

Gradual Incline won his maiden by 6 lengths at Mt Barker in January and then had excuses after missing the kick and travelling wide at Albany earlier this month.

Its turnover of $836,00 was second to Gervase Park on the vendor leader-board.  An Oratorio – Bantry Bay colt was next best among the Great Southern stud’s consignment making $100,000 to the bid of Neville Parnham.

“We went okay although it was a tough sale for some studs,” Mungrup’s Ann Croucher said.  “We were really pleased with the Zabore filly.  She is just perfect and a really good breeding prospect after she finishes racing.

“Our Bantry Bay colt is a cracking type and Neville purchased him along with quite of our yearlings by Playing God.  There was a lot of interest in his first crop which is great going forward.” 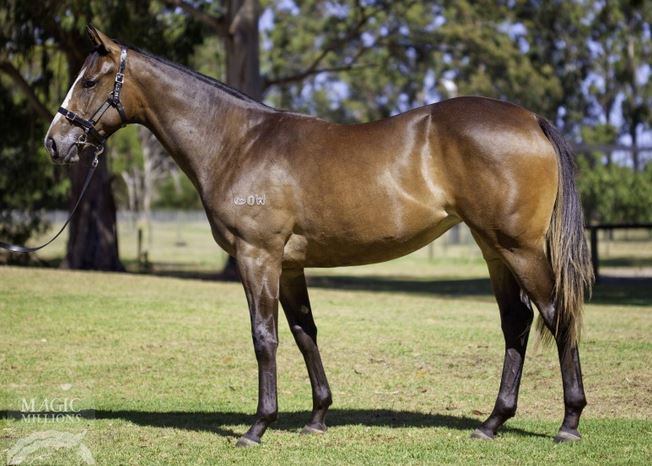