Silent Sedition has added another feature win to her resume with a dominant front-running victory in the Group 3 Mannerism Stakes (1400m) at Caulfield.

The consistent daughter of Yarradale Stud sire War Chant (USA) let her class do the talking while cruising home as an odds-on favourite.  It was her third strike at Group 3 level following last year’s Auraria Stakes at Morphettville and Summoned Stakes at Sandown.

The Group 1 Coolmore Classic at Rosehill on March 11 is the next goal after her earnings climbed to $543,650 on Saturday.  “She will go to Sydney provided the tracks are dry,” trainer Andrew Noblet said.  “She deserves a chance in a race like that.

“I thought she would be two lengths off the lead today but Craig (Williams) summed it up when she jumped so well.  He knew she was the one to beat and it turned out that way.”

Silent Sedition (4m War Chant – Fiorentina by Dubai Destination) was a $45,000 purchase for Noblet and owner Tom Curnow at the 2014 Perth Magic Millions.  They went back and bought his half-brother by Yarradale sire Gingerbread Man for $170,000 at last week’s Perth Magic Millions. 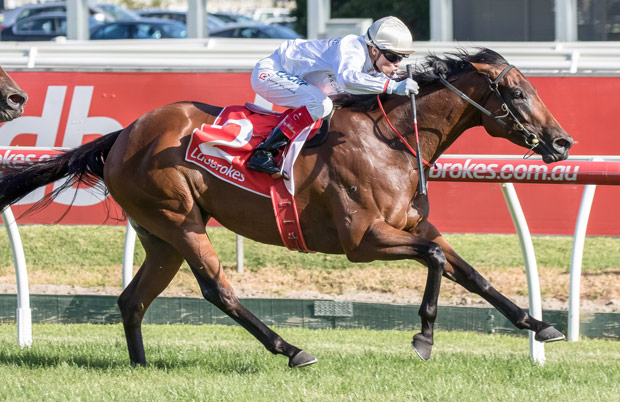