Spacing starts the solution for Tenterden

Trainer Ben Pearce has found the key to Tenterden and the gelding has rewarded his connections with a hat-trick this year.

The Danehill Express sprinter claimed a Pinjarra maiden in July 2015 but didn’t salute in 10 starts last year.  He returned to form with a provincial double before a front-running victory in the Singapore Turf Club Trophy (1100m) at Ascot on Saturday.

“The ability has always been there but his form was up and down until we started spacing his runs,” Pearce said.  “We keep him fresh with plenty of down time at the beach and that’s helped him settle.

“He’s putting it together and is positive from the jump.  He’s likes fast tracks and we will probably try and get him out to 1200 metres.”

Tenterden (pictured) is by Mungrup Stud sire Danehill Express from Due South (Prince Echo) who died last year.  He’s a half-brother to four winners including Scottish Storm who won the 2004 Magic Millions Perth 2YO Classic as well as being placed in the Listed Gimcrack Stakes.

Originally with Aquanita Racing at Ascot, he was transferred to Pearce’s stable at Karnup by a large syndicate headed by owner-breeders Lex & Shirley Piper and Mungrup Stud.

“Lex and Shirley are great owners and it’s a privilege to win in their colours,” jockey Peter Hall said.  “Ben and his staff have worked this horse out.  He’s got great gate speed and has been flying at home.” 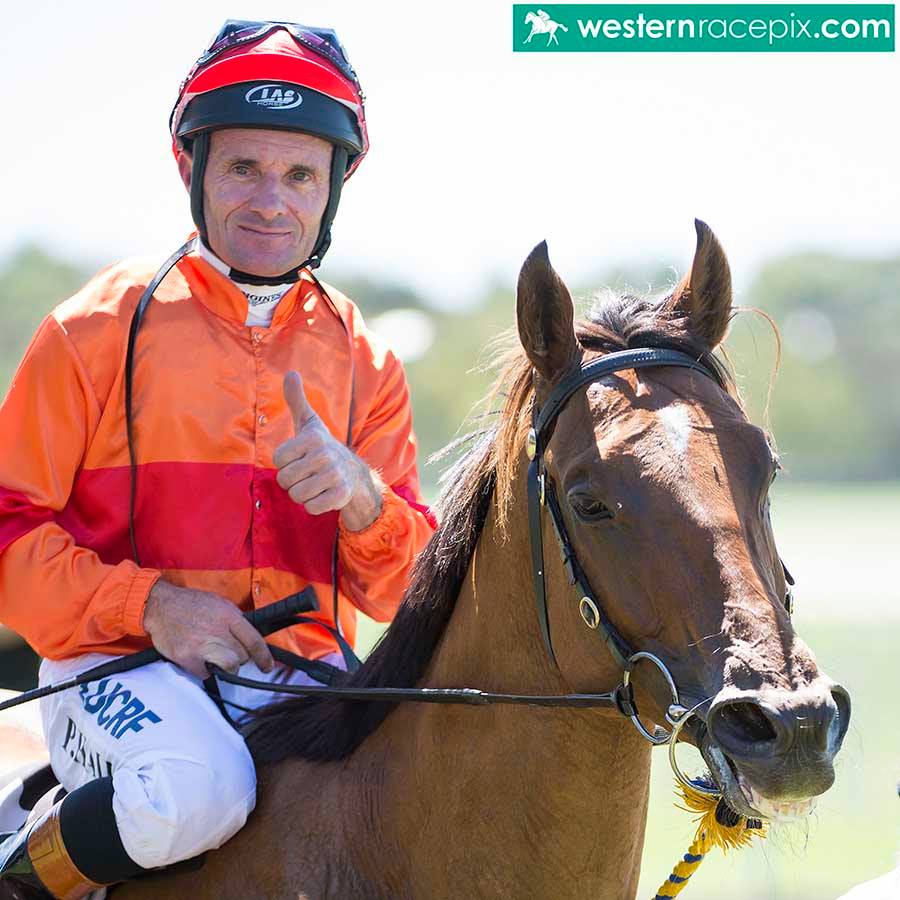