Fremond has made a timely return to form at Ascot with the Perth Magic Millions starting on Monday.

The Mogumber Park graduate is by Not A Single Doubt and appreciated a furious pace up front before chiming in to win the Devil’s Lair Hcp (1600m) by two lengths.  He provided jockey Chris Parnham with the final-leg of a four-timer at the midweek meeting.

“It worked out perfectly,” trainer Neville Parnham said.  “Chris did the form and predicted exactly how the race would be run.  We’ve been changing his gear and distances and I think a mile is his best trip.”

Mogumber Park’s Colin Brown and Fiona Lacey sold Fremond for $55,000 at the 2014 Perth Magic Millions and he has earned $185,625 for owners Bob and Todd Pearson.

The Bullsbrook breeders bought his dam Fiddly (Red Ransom) at the 2012 Inglis Broodmare Sale.  She’s a half-sister to Group 2 winners Piper Star (Carlyon Cup) and Melora (Hollindale Cup) and her current yearling is a colt by Rangeview Stud sire So Secret.

Mogumber Park has colts by Trade Fair and Planet Five plus fillies by Gingerbread Man, Your Song and Testa Rossa for sale at the 2017 Perth Magic Millions.

The Testa Rossa (Lot 354) is a standout being a half-sister to G1 Railway Stakes winner Elite Belle.  Mogumber Park bought their dam Mississippi Belle when she was offered by Bob Peters at the 2015 Inglis Broodmare Sale.

Mississippi Belle (Marooned) was covered by Mogumber Park sire Safeguard last year.  His first yearlings will be catalogued for the 2018 Perth Magic Millions. 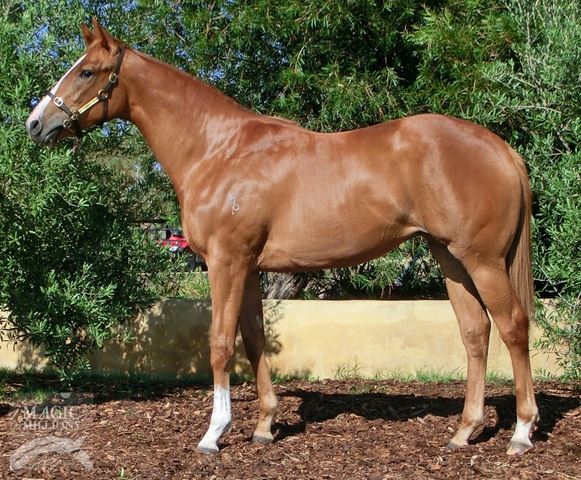