He takes over from Ann Croucher who had chaired the committee since 2015.  Westbury Park’s Phil Ibbotson is the new vice-president.

Atwell comes on board at a challenging time after prices dipped at this year’s Perth Magic Millions.  Mares numbers are also down but there are positive signs ahead for the local industry.

“We race for $80,000 with Westspeed bonuses for two and three year-olds on a Saturday which is as good as anywhere else in Australia compared to our average yearling prices,” Atwell declared.  “And we can promote the breed with current Group 1 winners like Black Heart Bart and Silent Sedition along with past champions Scenic Blast and Miss Andretti.

“The Magic Millions was a good sale for some vendors.  The local spend was down while inward sales went up.  We have to rebuild those relationships with buyers from the Eastern States and Asia.

“But the priority must be bringing in new blood to refresh our broodmare pool and sire ranks.”

The Atwell family has been involved in racing and breeding for generations through Brent’s father Clive, grandfather Clive snr and great-grandfather Walter Atwell who owned and trained 1925 Perth Cup winner Great Applause.

Stakes performers the calibre of Superscenic & Give Me A Chance kept the fire burning and more recently there’s been top-class fillies like Mystic Maid & Enchanted Dream.

Darling View is located south of Perth on 400 acres at Mundijong.  Atwell and his wife Kasey live on the property with their two young children Ruby and Carter.  It’s also home to his father & mother – Clive & Trish.

Atwell is optimistic TBWA can work closely with incoming WA Racing & Gaming Minister Paul Papalia MLA.  It’s early days for the McGowan Labour Govt, however, the industry will lobby for an early resolution, on favourable terms, from the sale of the TAB.

A new venue to replace Belmont in time for the 2018 Perth Magic Millions will be another step in the right direction for Thoroughbred Breeders WA. 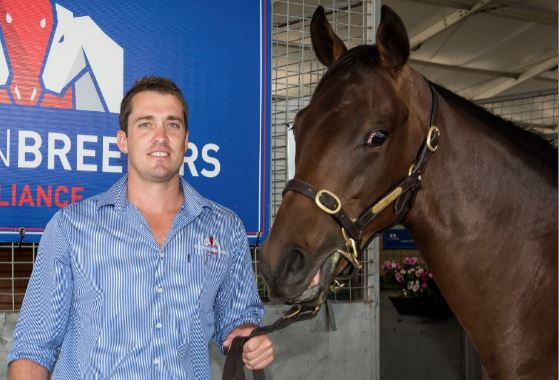