A Group 1 2yo winner of the 2014 Criterium International (1600m) at Saint-Cloud, Vert De Grece is a son of Verglas who has done so well promoting the Grey Sovereign sireline in Australia and France.

WA needs a new-wave of young stallions to reinvigorate the local industry that has been carried for years by Blackfriars.

Rigg’s first foray into standing a sire at Myalup has been an instant success with All American and he’s found an able ally in Vert De Grece who was sourced by Perth bloodstock agent John Chalmers.

“I brought Verglas to WA for the 2003 & 2004 seasons and he built up a 60% strike-rate with stakes winners like Spirited One, Ma Chienne, Grey Monarch, Bites The Dust, Royal Devotion, Sheenasaidgrey, Verossi and the Singapore champion Captain Obvious,” Chalmers recalled.

“He descends from the Grey Sovereign line which has given WA outstanding sires Beau Sovereign, Metal Storm, Tribu, Cheraw & Kenvain.”

Verglas was Leading Australia Sire (AEI) in 2011-12 and he’s proving to be a successful sire of sires with his sons Stormy River and Silver Frost doing well in Europe.  Glass Harmonium is another of his Irish-bred sons to have won a Group 1.  Imported to Australian and placed with Mike Moroney, he won the Mackinnon Stakes (2000m) at Flemington before retiring to Blue Gum Farm in Victoria.

“Vert De Grece is taller than Verglas, has more length and overall strength, and has an excellent temperament,” Chalmers added.  “His turn of foot to win the Criterium International was nothing short of amazing.”

Hong Kong trainer Caspar Fownes had paid a million euros for Vert De Grece after he ran second to champion colt Gleneagles in the G2 Futurity Stakes at the Curragh.  He paid that back straightaway at Saint-Cloud and, such was the dominance of a five-length victory Criterium International, it was decided to keep him in France for the classics.

Those plans were put on hold in the lead-up to the French 2000 Guineas when he split a forearm and missed the entire season.  When he was eventually sent to Fownes, a bowed tendon curtailed his career to just two starts in Hong Kong.

“Vert De Grece was a superior racehorse to his sire,” Chalmers declared.  “Western Australia breeders have rarely had the opportunity to access a Group 1 winning two-year-old of his calibre.” 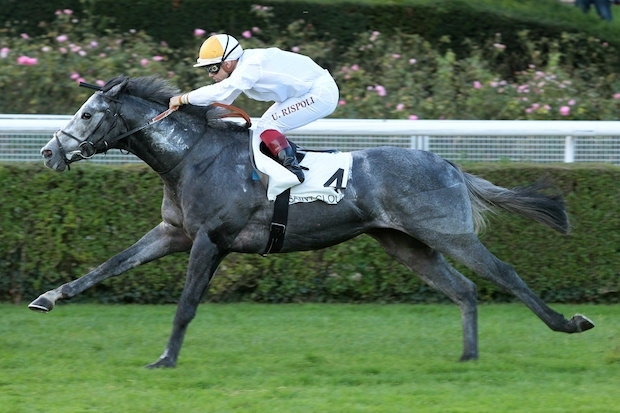