Legendary stallion Raconteur has been inducted into the Western Australian Hall of Fame.

Raconteur (Remarc – Jolly Imp by Olympian) was bred and raced by Sheila Gwynne to win 10 races in a row in 1952-53 including the WA Guineas, WA Derby and Perth Cup.  He travelled east on two occasions later in his career for wins in the Villiers Stakes at Randwick and C M Lloyd Stakes at Flemington.

Retired to Gwynne’s Fairfields Stud at Armidale, he covered 21 mares first-up and among them was Courtesan (Valiant Chief) who foaled Belmont Park Cup winner Thompson’s Bay.

Raconteur sired Splash (Adelaide City Hcp) in his second book, Activity (WA Oaks) in his third and Rack And Ruin (C B Cox Stakes) in his fourth season at stud.

A magnificent chestnut, Raconteur won the Champion Thoroughbred Stallion Award twice at the Perth Royal Show.  He succumbed to a colic attack, aged 23, in 1972.

His name lives on with the annual running of the Listed Raconteur Stakes during the summer carnival at Ascot. 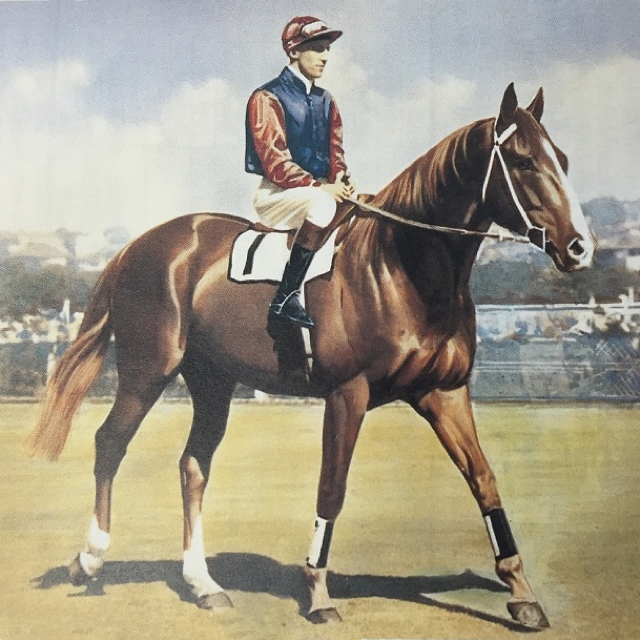