Outstanding sprinter-miler Rommel has been retired to stand at Mogumber Park in Western Australia.

Rommel was raced by leading owner Santo Guagliardo and he has the score on the board to win over broodmare owners in the Sunspeed State.

A striking son of Champion Darley sire Commands, he was an Ascot winner on debut at two and extended to win the G2 WA Guineas over 1600m at three.  Following a freshen-up, he was given a first-class ticket into Melbourne where he proceeded to upstage their best sprinters in a Group 3 over 1200m at Caulfield.

Rommel covers all the bases for Mogumber Park owners Colin Brown and Fiona Lacey.  “We have been watching Rommel since his early 2yo wins and always believed he would be an excellent addition to the WA stallion ranks,” Brown said this week.  “For us to have the opportunity to stand him at stud is a tremendously exciting opportunity.

“He was the first horse to ever beat Disposition and then franked that form by going up against the best in the east and winning.  He’s a stunning physical specimen by a world-class stallion who has all the attributes to make a successful sire.”

Rommel jumped the blocks for trainer Neville Parnham with an early-season victory in the Peroni 2YO Plate (1000m) at Ascot.  He stalked Vital Art and, after a reminder on the home turn from Steven Parnham, reeled in the leader to win running away.

Sent for a quick break and given a short prep in the New Year, he was caught wide but flew home to get within a head of Cadenza in the Magic Millions 2YO Classic.  Then there was better luck from an inside gate the following month at Ascot.  He dictated terms in front and was always in control of the Budget Rent A Car Plate (1000m).

Targeted towards the $400,000 WA Guineas in the spring, Rommel began running into form for the classic in the Listed Fairetha Stakes (1400m).  He hit the lead but peaked in the final few bounds to be beaten by boom galloper Disposition.

The Parnhams turned the tables in the race that counted a fortnight later.  Rommel raced on the pace behind tearaway leader Furious Dame in the WA Guineas and got first run in the straight to terminate Disposition’s unbeaten record.

“He was the dominant horse today,” Steven Parnham declared.  “He put them away at the corner and was strong to the line.  We always believed he had the ability and I thought he would be cherry-ripe for a mile.”

Disposition moved to Melbourne and split 3yo stars Wandjina and Stratum Star in the G3 C S Hayes Stakes (1400m) at Flemington.

Rommel also crossed the Nullabor but connections elected to pit him against older sprinters in the G3 Zeditave Stakes (1200m) at Caulfield.  That plan worked out perfectly when the Perth visitor swept home late to nail Galaxy Pegasus by a half-head in his final start for the season.

“I’m very happy with that win,” Neville Parnham said.  “They got him off the bridle and he hit a flat spot on the turn but was still too good.

“He’s a quality horse and beat Disposition pretty comfortably in the WA Guineas.  He’s had a pretty tough summer so we won’t be heading to the Australian Guineas in Sydney.”

The Zeditave’s recent roll-call includes leading sires Pins, Not A Single Doubt and 2012 winner Instinction who is making waves with his first crop from Sun Stud this season.

His dam I’mtoogoodtobetrue (USA) won 5 stakes races, and foaled a winner by Macho Uno, before arriving in Australia.  She is a daughter of Mr Prospector-line sire Good And Tough and Rommel was her second local foal following Perth speedball Onadowntowntrain.

His sire Commands (Danehill) became a successful stallion the hard way.  He failed to win at the elite level but was placed in a G1 Galaxy and G1 Caulfield Guineas before retiring to stud for a $10,000 fee.  That had risen to $66,000 by 2007 and he averaged 150 mares at that price until his death at Darley in July 2014.

At last count, there were 72 stakes winners by Commands who was renowned for siring tough, durable gallopers who were consistent and able to perform at the top level.

Rommel joins Darley newcomer Holler as the latest son of Commands to stand at stud in Australia.  Sheikh Mohammed has backed the sireline – he already stands Epaulette (Kelvinside) and Skilled (Northwood Park).

“I inspected the first Epaulette yearlings at this year’s Gold Coast and Sydney Classic Sales and they reminded me of Rommel when I first saw him as a yearling,” Parnham recalled.  “He’s big and strong and was a gentleman in the stable.

“Commands was a dominant stallion and it’s a perfect recipe for success.  I reckon he will make the grade as a stallion.”

Mogumber Park will stand Rommel for an introductory fee of $5,500 (inc GST) and will also offer a range of innovative breeding rights.   For more information, contact Colin Brown on 0408 251 880 or E: info@mogumberpark.com 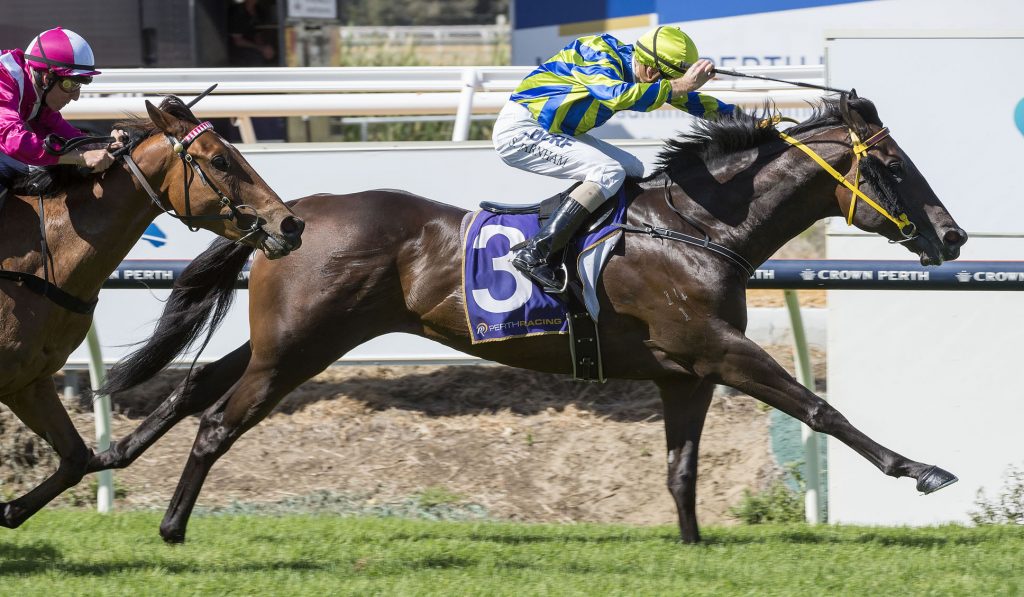