Touchstone Farm can add another notch to its stakes-winning strike-rate this season with Galveston Bay in the G2 Karrakatta Plate on April 1.

“He’s really improved since a first-up run at Bunbury,” trainer Trevor Andrews said.  “I gave him a jump-out in blinkers this week but decided against using them today.  I thought he could run in the first three and Jarrad (Noske) put him in a beautiful spot.

“He’s beautifully bred with a great turn of foot and I think he has a bright future.”

Galveston Bay (2c Choisir – Golden Act by Tale of the Cat) cost $140,000 at the 2016 Perth Magic Millions and won’t be long paying off that price-tag for Andrews and syndicate that includes stable clients Ken Gregson, Isaac Cohen and Ross Drage.

He’s a half-brother to Justin Warwick’s speed-machine Hot Goods who has earned over $300,000.  Their dam is a half-sister to LR Raconteur Stakes winner Moet Magic.

Touchstone Farm had received a stakes update last month when Precious Memories won the LR Challenge Stakes (1500m) at Ascot.  Two days later, the North Dandalup nursery sold her half-sister by Your Song for $80,000 at the Perth Magic Millions.

Precious Memories (Stratum) is also heading for a black-type assignment at Ascot on April 1 in the G3 WA Oaks (2400m). 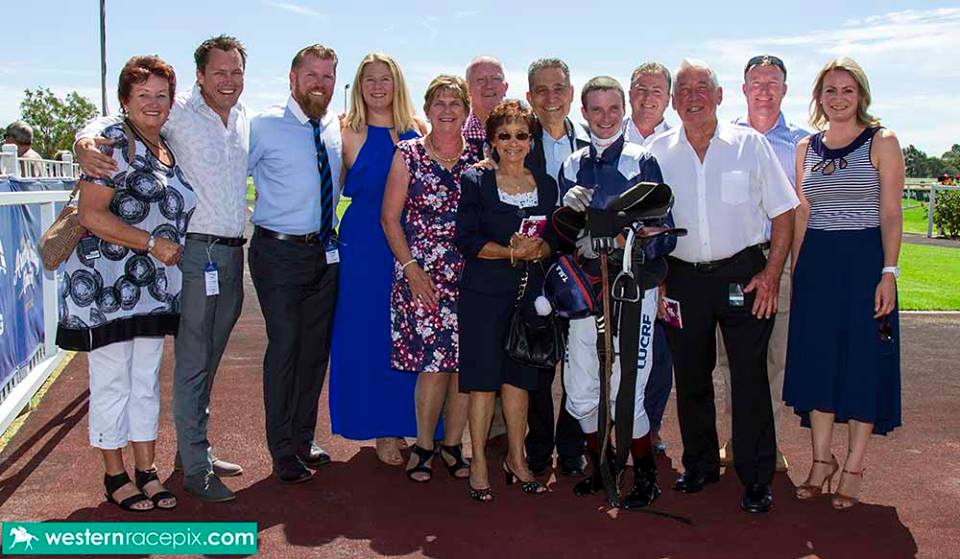