Time And Truth has lifted late to save bookies a big pay-out on Demons ‘N’ Dust at Ascot.

Winning jockey Ryan Hill adopted different tactics aboard the Oratorio filly on Saturday.  She had been a front-running winner at Bunbury on March 1 but had to be ridden for luck in town after commencing awkwardly and becoming unbalanced in the Tabtouch Plate (1000m).

Demons ‘N’ Dust had firmed from $26 into $15 and the money talked when she skipped away in the straight.  Alas, Truth conquers and she had no answer when Hill pushed off the fence to win by a long-head.

“She’s handy but is only a baby and is still growing,” Hill explained.  “She isn’t a typical jump-and-run type even though we led at Bunbury.”

Time And Truth (2f Oratorio – Xaaristic by Xaar) was bred and sold by Mungrup Stud for $25,000 at the 2016 Perth Magic Millions.  She is trained by Paul Jordan for Harvey Crossman’s Lima Syndicate and is a half-sister to Belmont 2yo winner Vital Art.

Xaaristic has a yearling colt by Playing God and is back in foal to I’m All The Talk at Mungrup.

Time And Truth’s latest win came too late for her sire to improve his record in this year’s G2 Karrakatta Plate.  Oratorio has three Karrakatta winners – Gold Rocks, Motion Pictures & Lucky Street – from 2009 to 2015.

Port Vista (Ire) holds the record since World War II with 4 winners – Sanvista, Autumn Vista, Carol Vista & Astra Vista – between 1956 and 1961.  He stood at Ron Barr’s Osborne Stud at Richmond in NSW and his name surfaced again and again a generation later as the damsire of Haulpak. 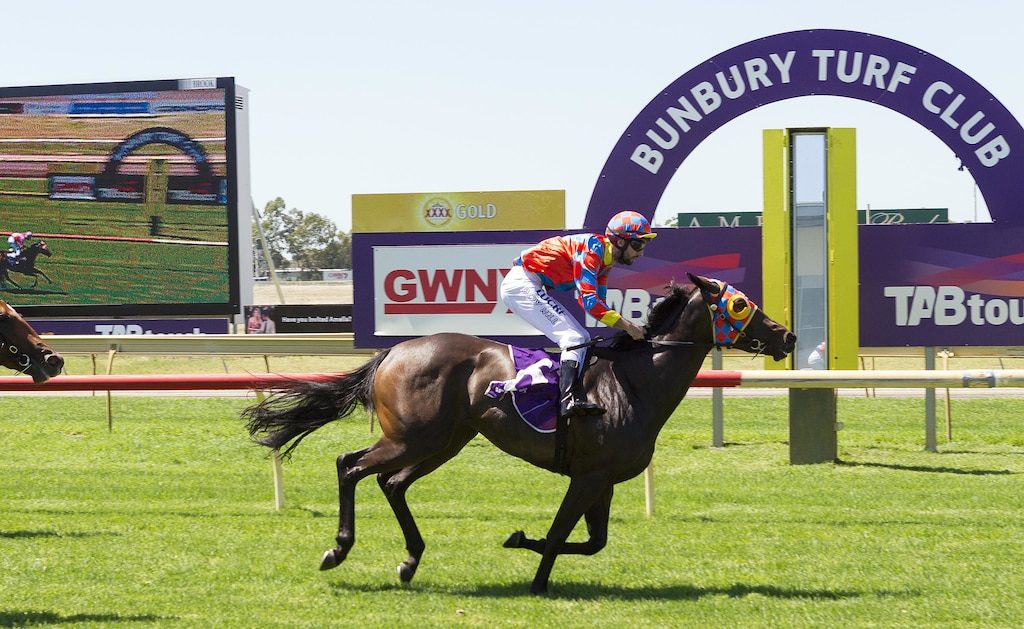