South Australian iron-horse Tunes can give his sire Viscount a posthumous Group 2 in the $400,000 Adelaide Cup (3200m) at Morphettville on March 13

Trained by Grant Young, the 8yo gelding was only beaten a head when runner-up in last year’s Adelaide Cup and he’s been in harness since then with 23 starts in the last 12 months!

“We bought him on the internet with a view to the horse making a good jumper,” Young said.  “He only cost $13,000 and it was money well spent.”

Tunes is a Darley homebred from Tin Pan (Commands) and he was culled from the Blue Army before transferring to Murray Bridge.  He has earned over $320,000 in prizemoney for his current connections.

“He’s been amazingly consistent,” Young told Racenet. “A lot of the time I’ve let him float along, not fully screwed down and it seems to work.

“I very rarely gallop him and he’s so relaxed in the environment – half the time I don’t think he even realises he’s been working and that’s probably the key.  He’s a great eater and I’ve never seen him leave feed after a run.”

Viscount (Quest For Fame) was 18 when he died at Oakland Park Stud in November.  His only cover last year was over Eight Roses (Bellotto), the dam of 2015 Bunbury Cup winner Tick Tick Bloom.

Trained by John Hawkes for Jack & Bob Ingham, Viscount won three Group 1 events at Randwick in 2001 and then ran a career-high third when squeezing between Northerly and Sunline in a hair-raising renewal of the Cox Plate at Moonee Valley.

Viscount has sired two Group 1 winners in Australia – Kidnapped (SAJC Derby) & Neroli (Queen of the Turf) – plus Singapore-based champion Rocket Man who was rated third best sprinter in the world behind Black Caviar and Hay List in 2012. 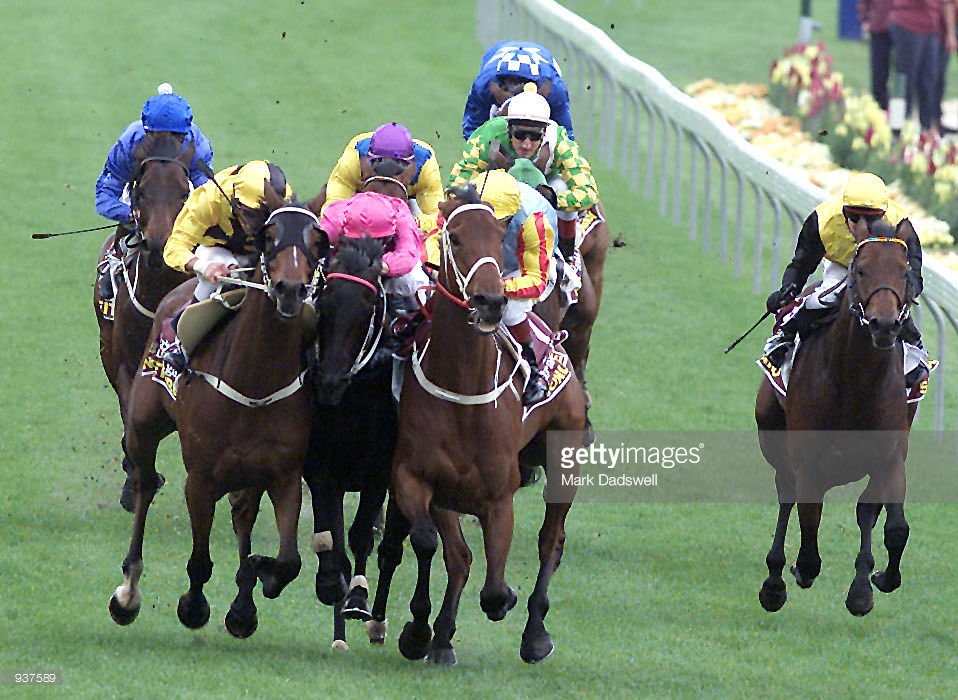