Sunspeed-bred sprinter Invincible continued on his winning way with dominant three-length victory in the Belo Horizonte (1050m) in Macau on Friday night.

The son of Yarradale Stud sire War Chant (USA) was ridden by Peter Ho and had no trouble accounting for his opposition with an easy all the way win over Golden Idol (Choisir) and Valiant Soldier (Keeper).

The Louis Ho trained import has now won 6 of his 7 starts since winning first-up in August.  The only defeat was a neck second to Evergreen Star (USA) in January but he turned the tables in a rematch last month.

Yarradale owner Ron Sayers bought Miss Belair for $13,000 from Darley at the 2010 Inglis Broodmare Sale.  Her 2yo is an unraced Frost Giant filly named Teacher’s Pet with Dan Morton and her yearling is a colt by Gingerbread Man.

Invincible will step out for a much anticipated turf debut in the Listed Lisboa Prelude (1100m) on April 22.

Meanwhile, War Chant mare Silent Sedition is ready for her next Group 1 test in the Coolmore Classic at Rosehill on Saturday.  She is coming off a front-running victory in the G3 Mannerism Stakes at Caulfield.

“She has never been on a wet track before which is one question mark,” trainer Andrew Noblet said before the trip to Sydney.  “She will also be racing clockwise for the first time but she’s pretty adaptable and has worked well that way in recent gallops.

“Her two runs this time in have been really good.  She has come on since her last start and 1500 metres won’t be a problem,” he added.  “It’s a good field but she never runs a bad race and deserves a crack at the Coolmore.  She will run well.” 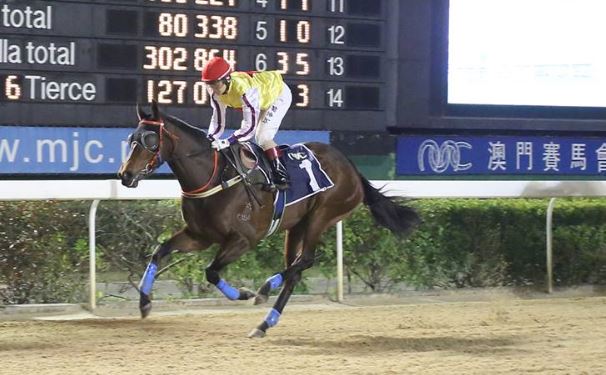