Col ‘N’ Lil has been a wonderful money-spinner for trainer Ben Currie and she still has plenty to offer after a first-up victory in the LR Weetwood Quality (1200m) at Toowoomba.

The Bradbury’s Luck mare shared a dead-heat decision with Jumbo Prince for her first black-level win on Saturday.  “We set her for this race and I thought we had won but I’m just as happy with a dead-heat,” Currie explained.  “She has been to Sydney, she has run in Group races and always gives her best.”

Col ‘N’ Lil had won at Eagle Farm on New Years Eve and went for a spell after finishing within two lengths of Stratum Star in the $1 million Magic Millions Trophy in January.  Her race-record currently stands at 7 wins in 32 starts for $395,000 in prizemoney.

Currie and owner Kim McCasker will set the 5yo mare for middle-distance races at the Brisbane winter carnival.  Her dam Jyler (Street Cry) and second-dam Centaline (Success Express) were both unraced.  Third-dam Centaurea (Century) won a G1 Australian Oaks.

Bradbury’s Luck is best known in Western Australia as the sire of triple Group 1 winner Luckygray.  He stood for a $7,700 (inc gst) fee last year. 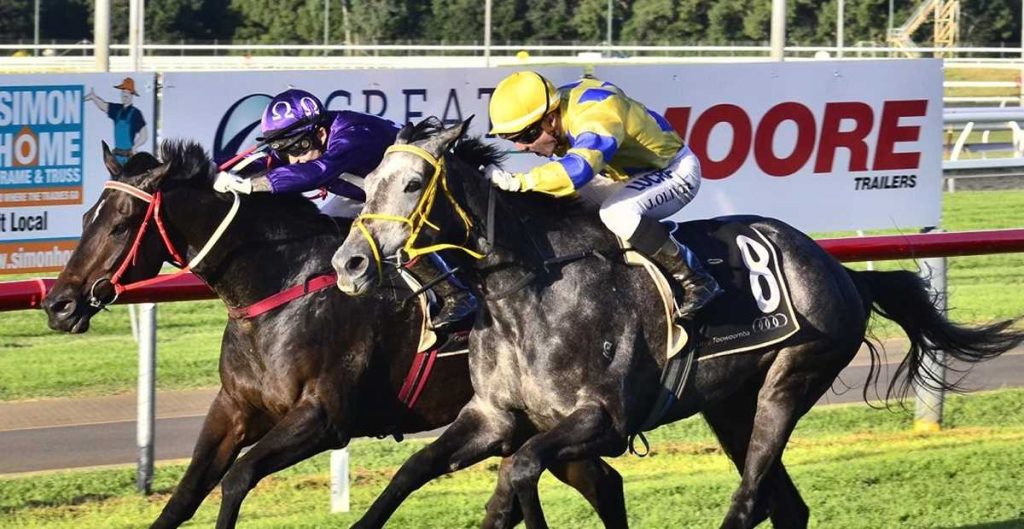