The Dan Morton trained sprinter-miler won the G2 WA Guineas (1600m) 18 months ago and, since returning from a long spell, is undefeated after Listed wins in the Pinjarra Classic, Bunbury Stakes and Grandstand Cup on Saturday. 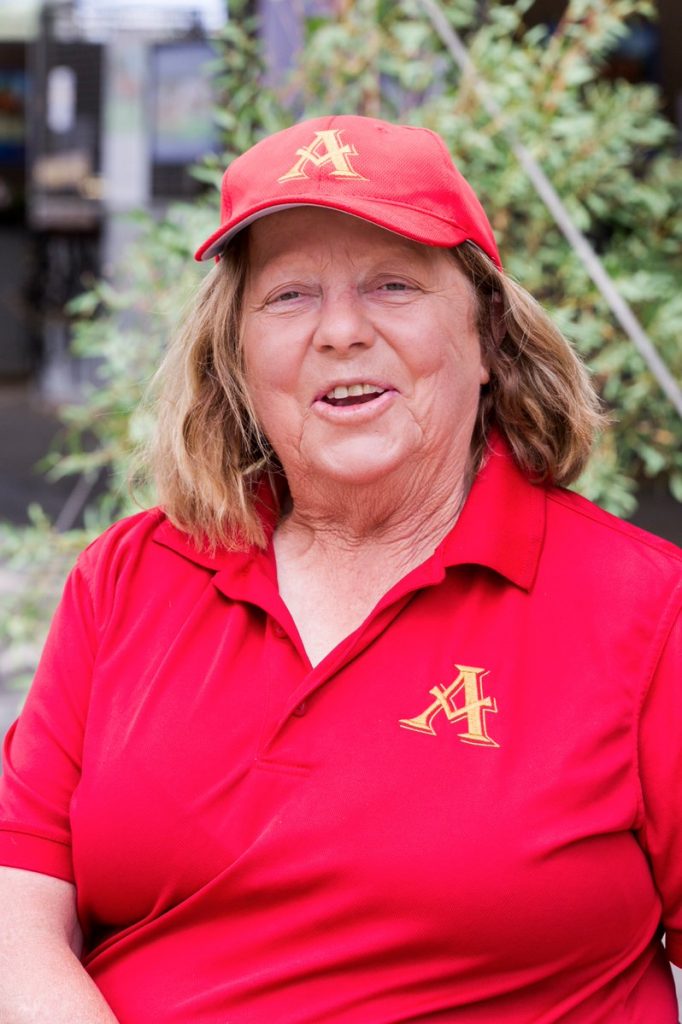 “I originally offered Man Booker at the 2014 Perth Magic Millions and he was passed in for $20,000,” Giles told Aushorse.  “I decided to then put him back through the Perth Winter Sale and, in the meantime, Dan Morton’s foreman had remembered Man Booker from the earlier sale and asked for me to send him through some photos.

“Dan then bought him at the Winter Sale for $25,000 and, as he didn’t particularly have any owners lined up, he more or less syndicated the yearling to some of the women in the stable.”

Giles (pictured) sold Korilya Stud a few years back and has mainly thrown in her lot with the rapidly-growing Amelia Park racing and breeding operation owned by Peter Walsh.  But, while she might have scaled back the day-to-day involvement, there’s no mitigating the excitement of that Group 1 victory with Silent Sedition at Moonee Valley.

“The stars all seem to have aligned and I’m very proud of the mare,” Giles points out.  “Silent Sedition was offered at the 2014 Perth Magic Millions and while everything was in the right place, she was a bit small and eventually sold to Tom Curnow and trainer Andrew Noblet for $45,000.

“As it turns out, Tom had another mare at Korilya and they asked to keep Silent Sedition at the farm until she grew out a bit.  They really took their time with Silent Sedition and haven’t pushed her at all.  Full marks to them because she just continues to get better and better.”

Silent Sedition’s dam Fiorentina is based at Amelia Park and her Gingerbread Man colt was knocked down to Curnow and Noblet for $170,000 at the 2017 Perth Magic Millions.  The mare produced a Snippetson colt last August and is currently in foal to Pride of Dubai.

Noblet has set Silent Sedition for the G1 Coolmore Legacy Stakes (1600m) at Randwick on April 8 and will be praying for drying weather in Sydney.  Man Booker will have his final run this prep in the LR Old Comrade Stakes (1600m) at Ascot on April 15.