Time To Hunt kept his perfect record intact for Touchstone Farm with a barnstorming finish at Ascot on Wednesday.

The Dan Pearce-trained gelding had won on debut over 1500m at York last week and stepped up to defeat last-start city winner Reveille in the Perth Racing Membership Hcp (1600m).

“He’s handy horse and will be suited by more ground,” Pearce predicted.  “I was going to look for an easier race than today but he worked super on Sunday.  He can sit back and then hit the line so should get out to 2200 metres.”

Time To Hunt (3g Henrythenavigator – Lady Anabell by Anabaa) was a $34,000 graduate from Touchstone Farm’s draft at the 2015 Perth Magic Millions.

He’s the final foal from Lady Anabell who had already thrown Perth winners Apocalypse Now (Vital Equine) and Flying Lord (Flying Pegasus).  She won a Gosford maiden for trainer Graeme Rogerson and was purchased off the track by Touchstone for $65,000 at the 2007 Magic Millions National Sale.

The midweek victory followed a Touchstone quinella at Ascot on Saturday when Little Hercules (Planet Five) defeated even-money favourite Danes Maree (Flying Pegasus) by over a length in the TAB Touch Plate (1100m).

Both their sires were based at Touchstone but the North Dandalup nursery will not be standing a stallion in 2017. 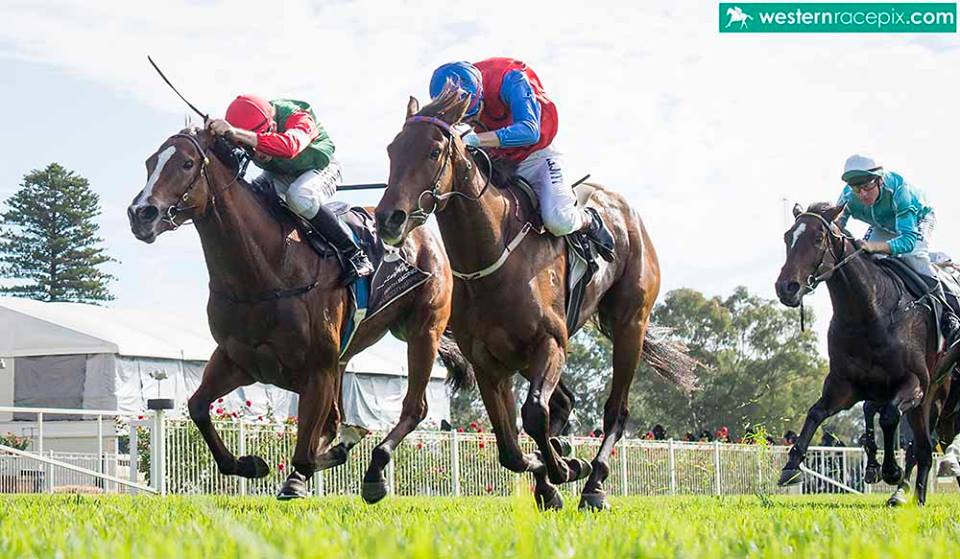