The All American giant stands over 17 hands and had been working up to a win since a summer spell.  Backed into a $2.80 favourite, he was running away at the finish to score by more than two lengths.

All Out Of Love was stakes-placed in the LR Gibson Carmichael Stakes (1600m) at Flemington last July leading into a spring campaign that didn’t rise to any great heights.  He finished fifth in the LR Geelong Classic and didn’t figure in the first-half of the G1 Victoria Derby.

Gelded and given a good break, he has returned ready to climb the grades for a syndicate that includes Victorian breeders Craig Easton and Stephen Boyle.  They bred him from Latest Love (Favourite Trick) who is a winning daughter of G1 Levin Bayer Classic winner Love de Tor.

All American winners continue to roll in with 47 of them earning $1.78 million this season.  Initially based in the Hunter Valley, he covered 113 mares first-up at Geisel Park Stud in 2016. 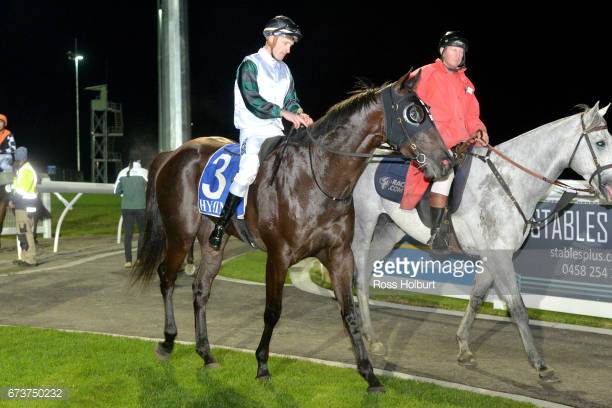 ALL OUT OF LOVE