Lucy Mae Champion 2YO of WA

Punters underestimated Lucy Mae in the G2 Karrakatta Plate (1200m) and they paid the price when she scored a $26 victory at Ascot on Saturday.

It wasn’t the first time the under-rated filly had flown under the radar.  She won the WA Magic Millions 2YO Classic in February at $34.

Scenic Lodge sold Lucy Mae to owner Martin Epis for $80,000 at last year’s yearling sale and the Karrakatta prizemoney sent her earnings to more than $495,000.

“That was an unbelievable win,” trainer Ted Martinovich said.  “There’s not much of her but she’s a fighter.”

She has a Blackfriars filly foal and another positive to the six-time champion of WA.

The Karrakatta result was a replay of the Magic Millions Classic with Achernar Star (Gingerbread Man) again going down by a narrow margin.

Martinovich won his first Karrakatta with Hold That Smile when it was Group 1 in 1988.  The Heytesbury homebred went on to become the only juvenile to be named WA Horse of the Year.

Lucy Mae (Stratum) won’t budge Scenic Lodge star Black Heart Bart (Blackfriars) for that honour this season but she will be voted WA Champion 2YO for 2016-17. 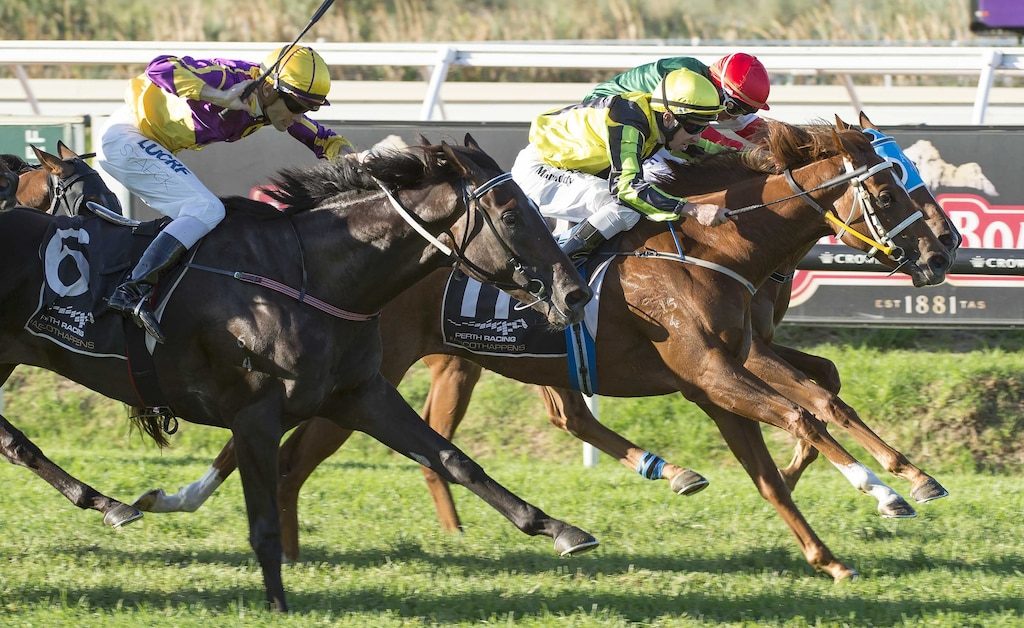