Vexilloid completed a winning long weekend for Hall of Fame trainer Fred Kersley with a front-running victory at Ascot on Easter Saturday.

The Rogano 2yo filly hit the ground running on debut and was always in control of the Amelia Park Hcp (1100m).  “I thought she would get back but she led without a lot of trouble,” Kersley said.  “She’s a tough filly and we will press on for more before sending her for a spell.”

Vexilloid is raced by a syndicate managed by Oakland Park studmaster Neville Duncan.  He stands Rogano, a Redoute’s Choice brother to Not A Single Doubt, who is off to a promising start at stud in Western Australia.

Her dam Vexillum (Tiger Hill) won three races in Perth up to 2200m for Duncan and Judith Kersley.  Her latest foal is a filly by Sessions, a Lonhro stakes winner standing alternately at Oakland Park and Mogumber Park

Kersley has prepared several winners out of the first two crops by Rogano.  “They’re nice horses and all mine have ability.  They can be a bit hot early on but, with a bit of perseverance, are good to train.”

Vexilloid’s stablemate Debellatio looks an even better prospect after a dominant victory in the G3 WA Sires’ Produce Stakes (1400m) on Friday.

“He’s an enormous raw talent, the most precocious colt that I’ve ever trained,” Kersley declared.  “He will likely have a six week spell now and then we will take him east for Group 1 races in the Spring.” 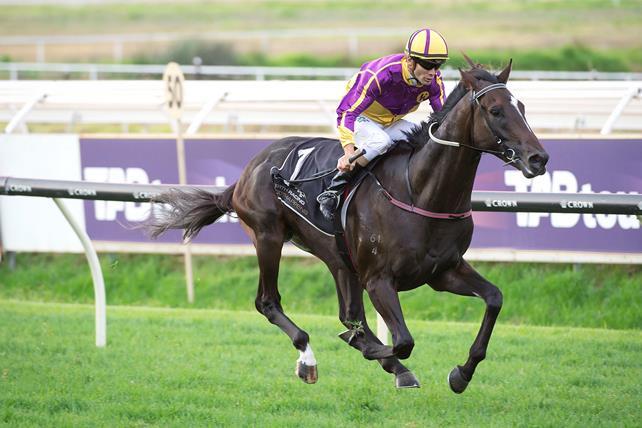