Oakland Park resident Rogano sired another juvenile winner from his second crop when Bellegano scored on debut at Pakenham.

The Robert Smerdon-trained filly powered home for a half-length victory on Thursday evening.  She caught connections by surprise after drifting from $4.60 to $9 prior to the Polytrack 2YO Maiden Plate (1200m).

Bellegano (2f Rogano – Betty’s Belle by Tale Of The Cat) is part-owned by Sunspeed breeder Rennie Gardiner and comes from a black-type family in Victoria.  Her dam is a winning half-sister to stakes performers Dance On Board (Fasliyev) and Orbiting Belle (Spinning World).

She carries the same black and yellow colours as Group 1 sprinter Heron Bridge who was a favourite of Perth racegoers in the 1980s.  The “Bunbury Bullet” won 8 black-type events in WA and the Newmarket Hcp at Flemington for Rennie’s father Strick Gardiner

Rogano is second on the WA 2YO table behind Gingerbread Man this season with 4 juvenile winners and prizemoney of $285,220.  Among them is Riasc who was beaten little more than a length in the G2 Karrakatta Plate earlier this month.

Rogano (Redoute’s Choice) is a full-brother to Not A Single Doubt and won his first two starts at Canterbury.  He was sidelined for 12 months before returning for a first-up victory at Hawkesbury in his second and final campaign for Arrowfield Stud. 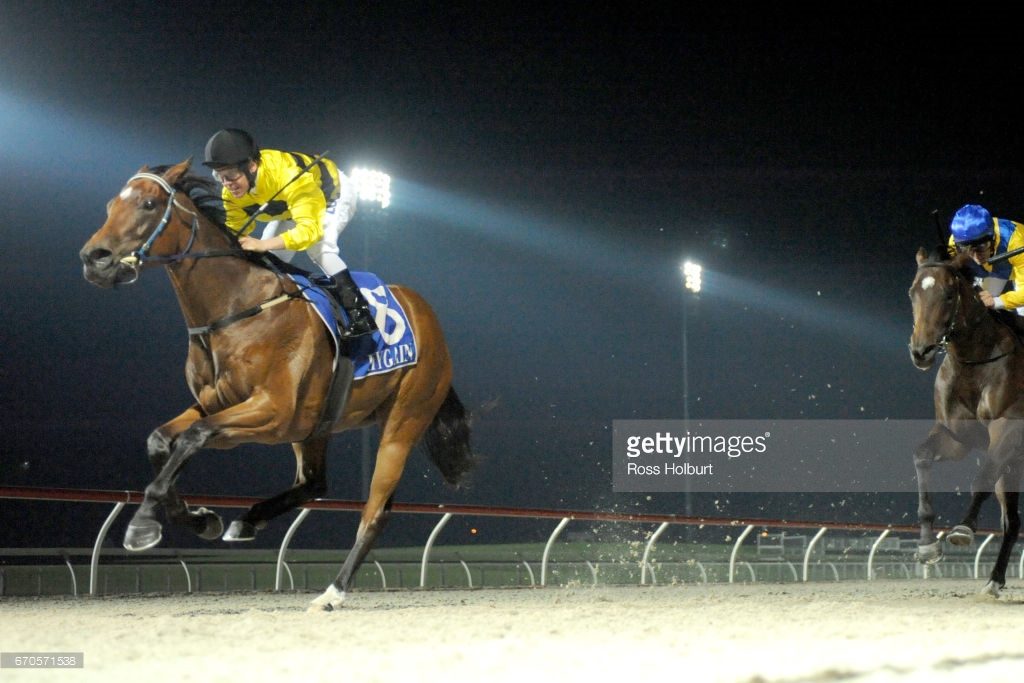