Scenic Lodge stallion Dash For Cash has sired another stakes-winning prospect in Victoria.

His 2yo first-starter Andaz looked a galloper for the long haul at Geelong on Friday.  The grey colt settled three-wide with cover in the Hayden Real Estate Maiden (1112m) and then sprinted to a contested lead in the straight.

Tackled by Team Hawkes longshot Wild Hart at the furlong, he fought back gamely for an impressive victory albeit by a short-head on the line.

“He’s a nice horse and had shown ability at home,” jockey Ben Melham said.  “He was a bit racy at the trials but travelled well today.  He comes from a good family and has got a bright future.  He’s definitely one to follow.”

Trainer Chris Waller prepares Andaz for David and Lynley Puglisi.  He cost $150,000 at the 2016 Inglis Melbourne Premier Sale and was the highest-priced yearling by Dash For Cash last year.

Waller also trained Arinosa for Lynley Puglisi and the mare’s first foal is a colt by Zoustar.

Dash For Cash broke through $1 million in prizemoney for 2016-17 earlier this month and is available for a discounted $2,500 (plus gst) fee at Scenic Lodge this season.

His 3yo Queensland filly Lady Vixen was another impressive debut winner last month, however, her progress towards the winter carnival hasn’t been straightforward.  She was scratched from an intended Gold Coast engagement last weekend and their meeting this Saturday has been washed out. 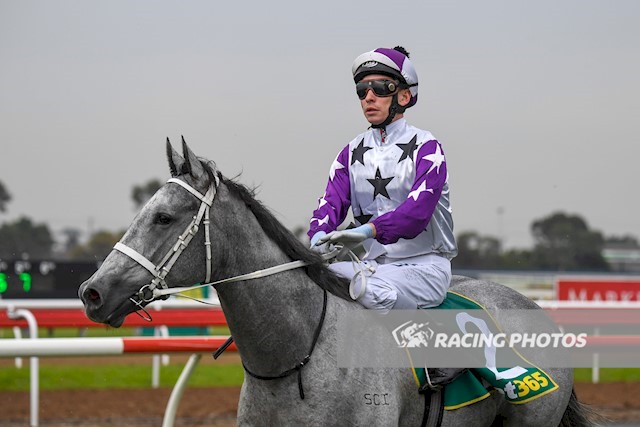