Blackfriars is mounting a late challenge to fellow Scenic Lodge sire Snippetson for the WA winners’ premiership this season.

Snippetson (86) holds a narrow lead for individual winners this season but a rush of maiden winners has Blackfriars (84) right on his heels.

Blackfriars filled out a 3yo hat-trick with Shadow Boxer, Rosie Red Dress & Iza Lya at Northam on Thursday and Queenie O’Lara made it four at Kalgoorlie on Sunday. 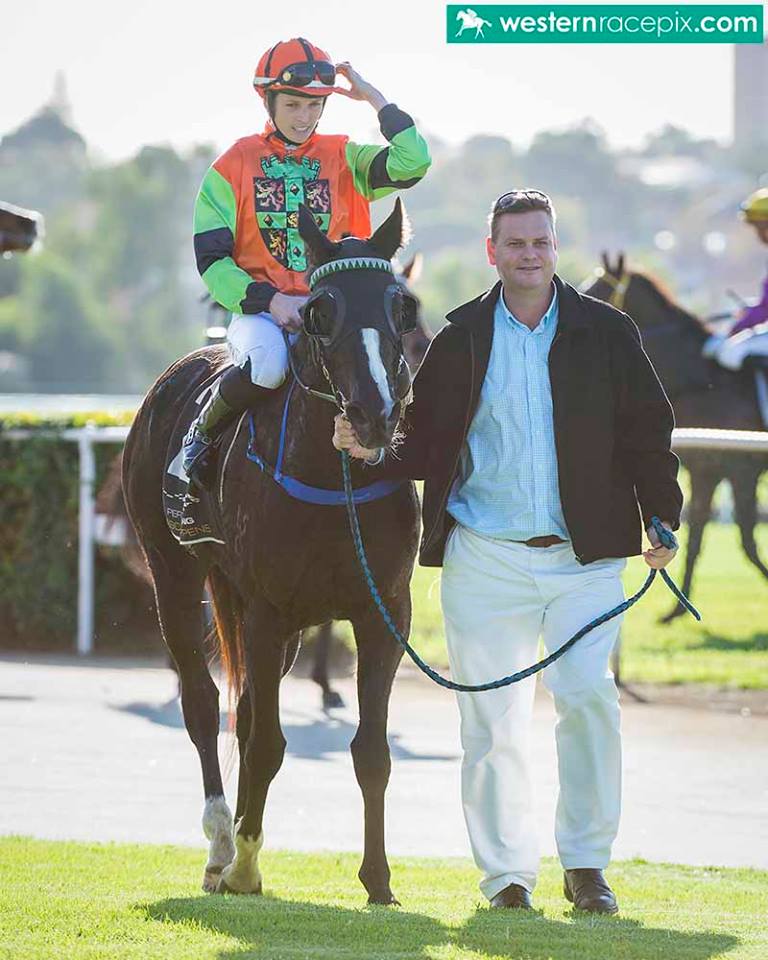 Street Cry mare Entrechat was also in the frame for Scenic Lodge at Belmont on Saturday following a very impressive victory in the Yellowglen Hcp (2100m).  The winner is pictured returning to scale with Scenic Lodge general manager Jeremy Smith.

“She’s a stayer but pinched a race over a mile at Ascot last month,” trainer Paige Kenney said.  “She switched off and relaxed today and then came to the outside to finish it off with a good sprint.”

Apprentice Fiona Bell dropped her whip in the straight but it made no difference as Entrechat won running away by more than two lengths.  She had moved off the mark in a Northam maiden in October 2015 and is blossoming this season with just one loss in her last four starts.

Scenic Lodge bought Entrechat unraced for $13,000 at the 2014 Magic Millions National Sale.  She had been unplaced in two Rosehill trials and was part of Darley’s annual reduction on the Gold Coast.

It’s a family with deep roots in WA through her dam Ballet Girl (Covetous) who won the 1998 LR Starstruck Classic at Ascot in the black and white colours of owner Joe Sarich.  She foaled Empire Dancer (LR Belmont Oaks) first-up before transferring to the Hunter Valley in 2005