Home Perth bid for Our Dynamite

Perth bid for Our Dynamite

Boom Kiwi juvenile Our Dynamite is the subject of international offers following a five-length victory at Trentham last month.

The son of Lynward Park sire Alfred Nobel (Ire) was due to run again at Wanganui on Sunday but trainer Wayne Marshment put the youngster in a paddock until his future is resolved.

“There’s a couple of people interested in him from Perth and Singapore,” Marshment revealed.  “I wasn’t going to run him while talks are in progress.”

Our Dynamite (2g Alfred Nobel – Gold Park by Bletchley Park) is a homebred for former WA and Wanganui trainer Kevin Mahoney who is now based on the Gold Coast.  He’s from a half-sister to Singapore star Superb Effect (Bletchley Park) and Perth Group 3 winner Finito (Palace Reign).

“He’s only 15 hands but won untouched first-up,” Marshment said.  “After being broken in, he won two jump-outs by big margins and I couldn’t see him getting beaten at Trentham.”

Hoofnote:  Alfred Nobel has close relation Douglas Macarthur being set for the G1 English Derby on June 3.  The Galileo colt firmed in betting for the classic after winning the G3 Derby Trial Stakes at Leopardstown on Sunday. 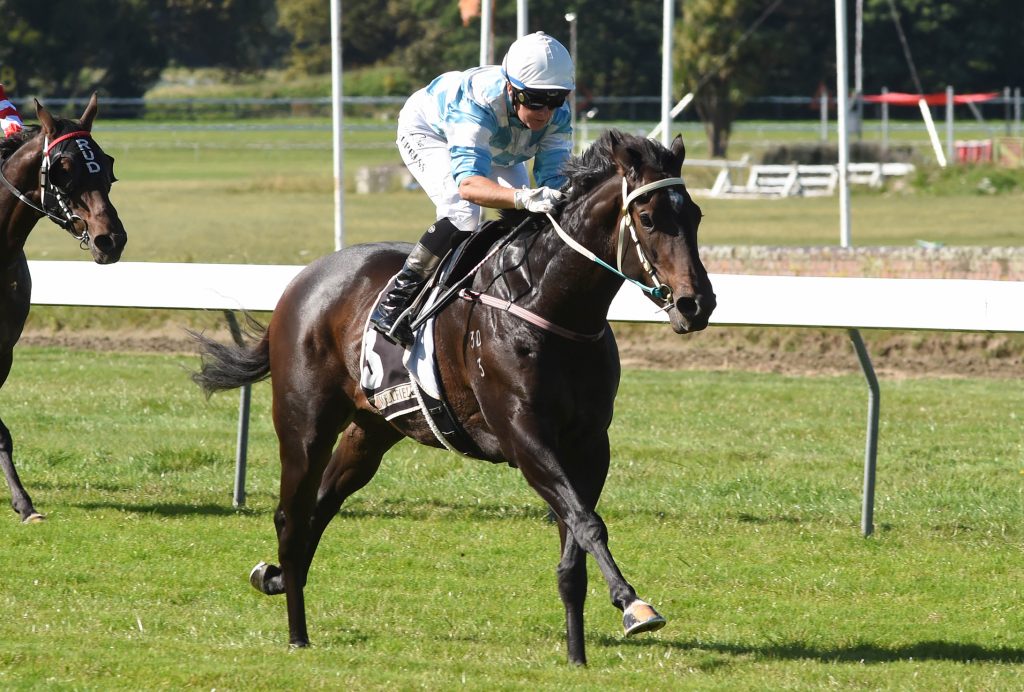