Spirited resurgence by Dash For Cash

Dash For Cash colt Chung Wah Spirit is tipped for a bright future in Hong Kong after winning the Districts Cup (1400m) on Sunday.

He had been working up to a win over shorter trips before the breakthrough fourth time out at Sha Tin.  “He has a good engine but just isn’t the finished article,” jockey Zac Purton said.  “You will see a better horse next season, he just needs to mature.”

Chung Wah Spirit (3c Dash For Cash – Letter From France by Exceed And Excel) was exported from Australia in October 2016 after winning his first two starts at Doomben and Sunshine Coast when racing as Cash Dash.

Purton was confident of his prospects with the addition of shades on Sunday.  “He had a jump-out in blinkers last week and really switched on,” he explained.  “He also needs gelding and that will probably happen in the off-season.”

The speedy son of Scenic Lodge sire Dash For Cash was raced by Queensland owners Ross Donovan and Peter Malpass before they accepted a $500,000 offer from clients of trainer Dennis Yip.

Chung Wah Spirit is the first and only foal from Letter From France.  The mare took sick shortly giving birth and breeders Jodie and Lindsay Anderson taught him to drink milk out of a bowl.

Queensland 3yo Lady Vixen won first-up at the Gold Coast last month for local trainer Mel Eggleston and he indicated the filly will progress to the winter carnival in Brisbane.

Dash For Cash has sired 356 individual winners of 1,056 races and there are many more left in the locker for a $2,500 (plus gst) fee at Scenic Lodge this year. 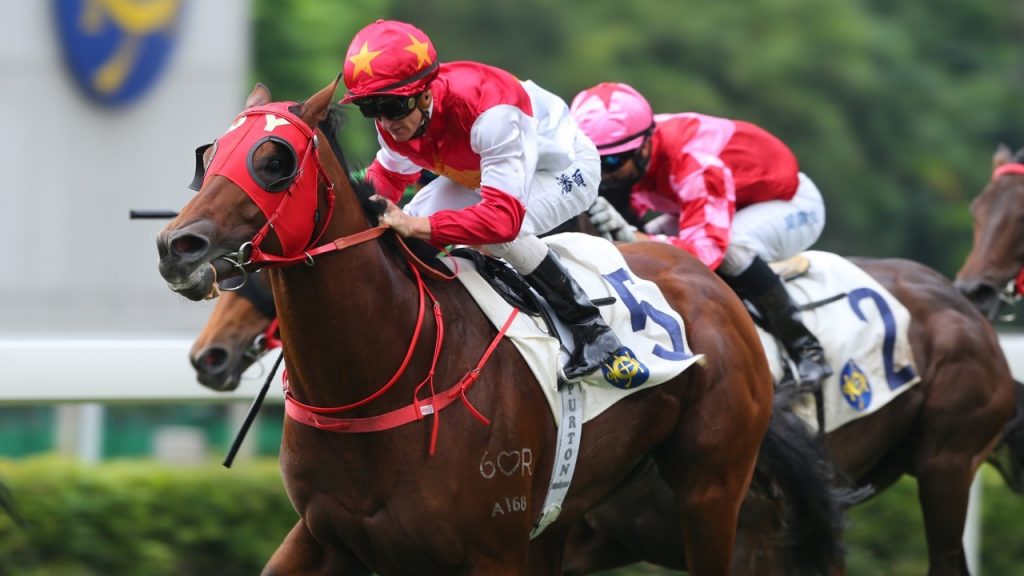