Madassa is knocking on the door for his connections after marking time on the sidelines for 18 months.

Lumping 63kg less a claim for apprentice Fred Kersley, he duelled with front-runner It’s It before they were both bloused out by Woolibar in the Perth Racing Membership Hcp (1000m) at Belmont on Saturday.

Madassa (5g Due Sasso – Sayleuron by Don’t Say Halo) had won 7 of his first 12 starts before a tendon injury intervened in the wake of a close fourth to Buffering in the 2015 Group 1 Winterbottom Stakes.

Among his victims was subsequent G1 Oakleigh Plate winner Sheidel prior to the Winterbottom.  “His leg is fine,” trainer Lindsey Smith said.  “But now he’s up against some well-weighted horses in his races.”

Madassa is a homebred for Michael Webb, Shaun Yeo & Larry Foley and they race him in partnership with Geisel Park owner Eddie Rigg.  They were going to export him to Singapore at one stage but wiser heads prevailed.

Webb is a nephew of Hall Of Fame trainer Jim Houlahan and, along with Rigg, was in the syndicate that raced Cat In A Hat to 10 wins topped by the 2007 Ascot Gold Cup.

The Madassa owner-breeders decided to stand his sire Due Sasso at Rivercrest Park after his days as a commercial sire were numbered at Mungrup Stud.  They wanted to breed a full-brother to Madassa, however, his dam Sayleuron has failed to conceive for the last two seasons. 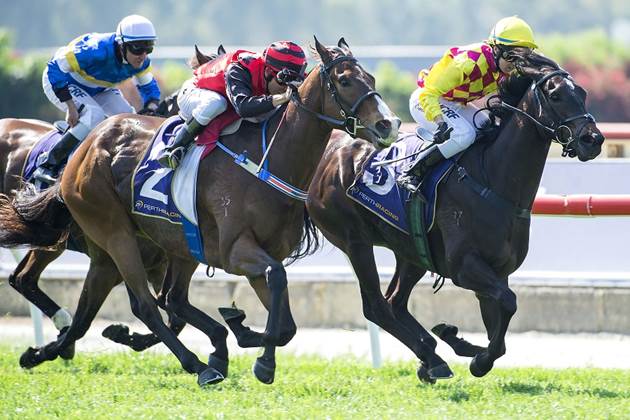