Home Stylish win by Gin In The Inn

Stylish win by Gin In The Inn

Alfred Nobel (Ire) sprinter Gin In The Inn made it two on the bounce with an outstanding victory in the Northern Racing College Hcp (1200m) at Pontefract on Wednesday.

A last start winner at Redcar, he started an even-money favourite and, after tracking the leading division, sprinted clear to score by a resounding 6 lengths.

“It was fantastic to see Gin In The Inn win so well for his owners Dean and Stella Hardman,” Fahey said.  “He’s taken a while to come right this season after a long break but now he’s won twice in style.”

Alfred Nobel’s explosive debut winner Our Dynamite makes his much-anticipated reappearance in Race 8 at Wanganui on Sunday.  The Kiwi 3yo won by 5 lengths first-up for owner-breeder Kevin Mahoney at Trentham last month.

A Group 1 winner of the Phoenix Stakes in Ireland, Alfred Nobel is a son of Danehill Dancer and stands at Lynward Park in Bullsbrook. 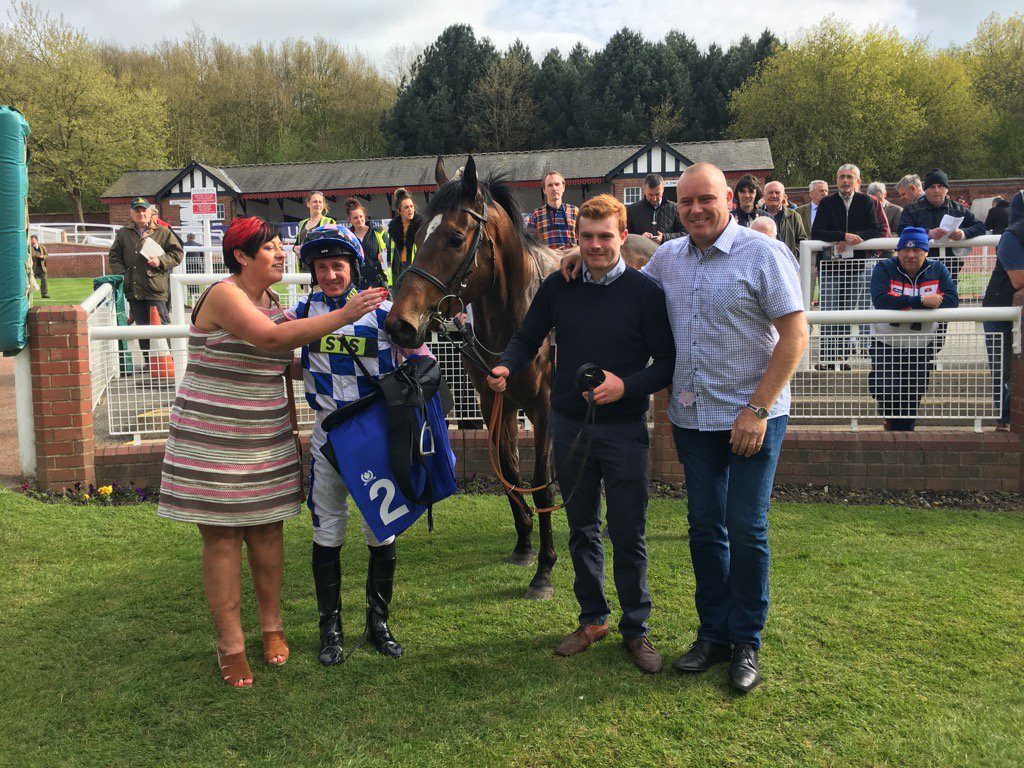