Thoroughbred Breeders Australia (TBA) has announced a $200,000 contribution to fund research and development for the breeding industry.

The money will be placed into a newly created thoroughbred R&D levy scheme and will be matched by the federal government when spent.  By making the substantial donation, TBA will enable research projects to begin early in the coming financial year.

“This contribution will have an immediate impact as it means research can begin on issues that breeders know are important,” TBA president Basil Nolan said.  “The way the levy is collected, if we were to wait on the mandatory contributions it is unlikely we’d be able to start projects until 2018.”

Under the new levy, which was included in the recent federal budget and will be in place in the new financial year, breeders will pay $10 per mare and $10 per stallion return.  This will raise about $400,000 per year that will be put in the fund for R&D, with the federal government then matching every industry dollar.

It is expected with voluntary contributions, such as the money from TBA,  some $1 million could be available to spend each year on research that benefits the thoroughbred breeding industry.

TBA is in the process of selecting the board that will oversee the spending of the funds and there will be a strong representation of breeders to ensure the money goes towards projects that return real benefits to the breeding industry.

“Research into disease control, fertility and many other valuable areas is crucial to the long term health of our industry,” TBA chief executive Tom Reilly said.  “The board had discussed previously funding projects but, as we made progress with establishing a government matched levy, it made sense to hold off so that the money TBA contributed to research was effectively doubled.

“I’d like to thank Racing Australia for their support as it is through the Australian Stud Book that the levy will be collected and they have been working hard to ensure this is possible from a technology front.”

Such levy schemes are common in agriculture with many areas of primary production; such as cotton, beef and grains, all receiving dollar for dollar funding from the government in this way.

Among the areas likely to be the focus of research are the prevention and management of exotic and indigenous diseases, improving the conception rates of mares and stallions and efforts to reduce foetal loss caused by contagious diseases.

“This levy will provide industry with greater certainty about available funding in future years and enable forward-year planning to deliver priority R&D for the benefit of the whole industry.  The Australian Bureau of Agricultural and Resource Economics and Sciences estimates a $12 return for industry from every $1 invested, which is good for industry, and good for those at the farm gate.” 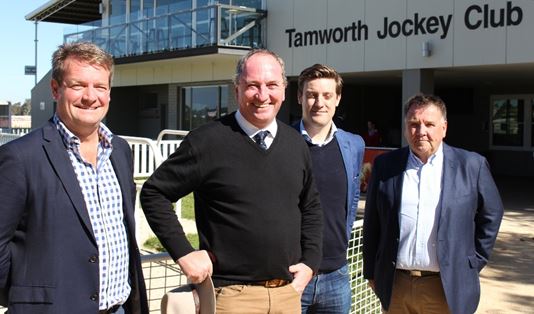