Ridden by erstwhile WA apprentice Damian Lane, she pounced on the leaders to win second-up for local trainer Darren Weir.  “She took a lot of benefit from her first-up run at Caulfield,” Lane said.  “She was switched-on today and we started building into the race from the 700m.

“Before I knew it, she was right in it.  She loves the ground and fronted up a lot fitter which helped.”

By former Oakland Park sire Viscount from a half-sister to 1995 Perth Cup winner Ros Reef, she is trained by Weir for a syndicate that includes breeder Dan Palmateer and workmates based in the Eastern Goldfields at Leinster.

Eight Roses has a yearling filly by Viscount and she also foaled a first-crop filly by Oakland Park sire Sessions in September.  The mare was the sole cover for Viscount last year before he died in November.

Viscount (Quest For Fame) was the Champion 2YO of his generation in Australia.  A homebred for Jack and Bob Ingham, he stood at Woodlands before transferring to Oakland Park in 2008. 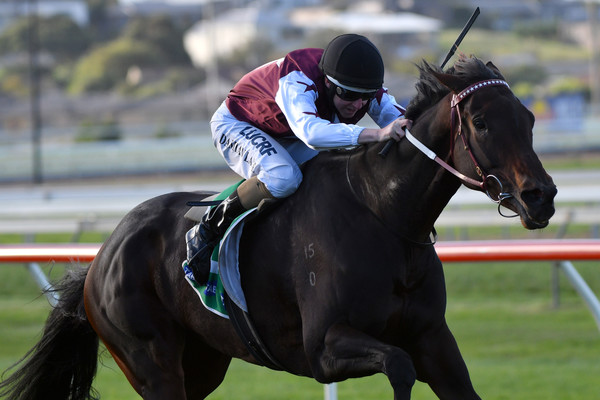