Home Winning start to May for All American

Winning start to May for All American

All American’s winning start to May continued on Monday when Pray For Us stretched out to a mile at Wangaratta.

The Shane Fliedner trained 3yo was coming off placings over 1400m at Bendigo and Ballarat to win at his fifth start in the North East Fence Hire Maiden (1590m).

Pray For Us was ridden by Fliedner’s nephew Harry Coffey and followed last week’s All American winners De Kurnell (Cessnock), American Diva (Wagga) & Ultimate Fantasy (Newcastle).  His untapped 2yo debut winner Phelps Glory is also warming up for his second prep after a trial win at Morphettville on Friday.

“He’s been crying out for more ground and Shane likes him a lot,” Coffey said.  “There’s plenty of scope for him to get out to 2000 metres.  He’s a beautiful horse and is versatile – he can wait and chase or truck forward.

“He put them away today and could have won by more but waited for them after getting to the front.”

Pray For Us (3g All American – Prayers’n’promises by Encosta de Lago) was a $55,000 buy at the 2015 Inglis Melbourne Premier Sale for a syndicate that includes Brian Dean, Darren Fletcher, Charles Intagliata, Andy Mulvenna & Lindsay Wright.

All American stood his first season at Geisel Park last year and was the busiest sire in Western Australia covering 113 mares at an $11,000 (inc gst) service fee. 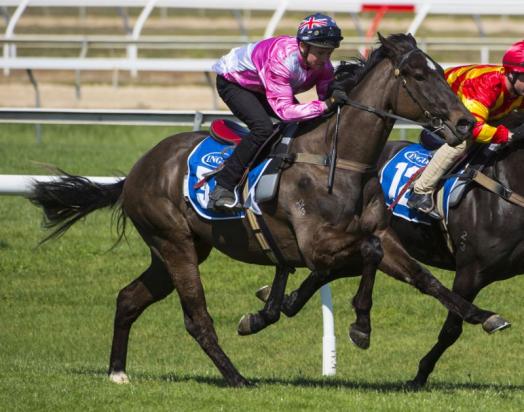