Dash For Cash filly Lady Vixen will be on trial for a feature race in Brisbane when she reappears at the Gold Coast on Saturday.

Lady Vixen impressed long-time, local trainer Mel Eggleston beating seasoned runners on debut last month.  She pushed forward from midfield and saved ground on the fence to score by over a length.

The filly is owned by Mileshan Nominees manager Michael Shannon and will be the testing material in the Brandon’s Electrical Hcp (1400m) back at her home track on Saturday.  “She’s pretty smart.,” Eggleston said.  “She’s above average and was going good enough to say she would win first-up.”

Lady Vixen (3f Dash For Cash – Lady’s A Tiger by Tiger Hill) was backed in from $20 to $10 after shading speed-machine Sassy Tycoon at trackwork.  “She had been showing us plenty of ability in private.  I wasn’t surprised to see her win and it was a great ride by Vanessa Johnston.”

“She just ticks all the boxes and we’re going to sit down and think about what we can do with her,” Eggleston added.  “I think she is going to be a good filly and we might press on to a nice race over the carnival.”

Dash For Cash will stand for a discounted $2,500 (plus gst) fee Scenic Lodge this season.  “He’s the best-value, proven stallion in the State,” general-manager Jeremy Smith said when announcing the stud’s service fees earlier this week.  “He gets them at an outstanding overall strike rate of 64% and Blackfriars is the only locally-based stallion to have sired more winners.” 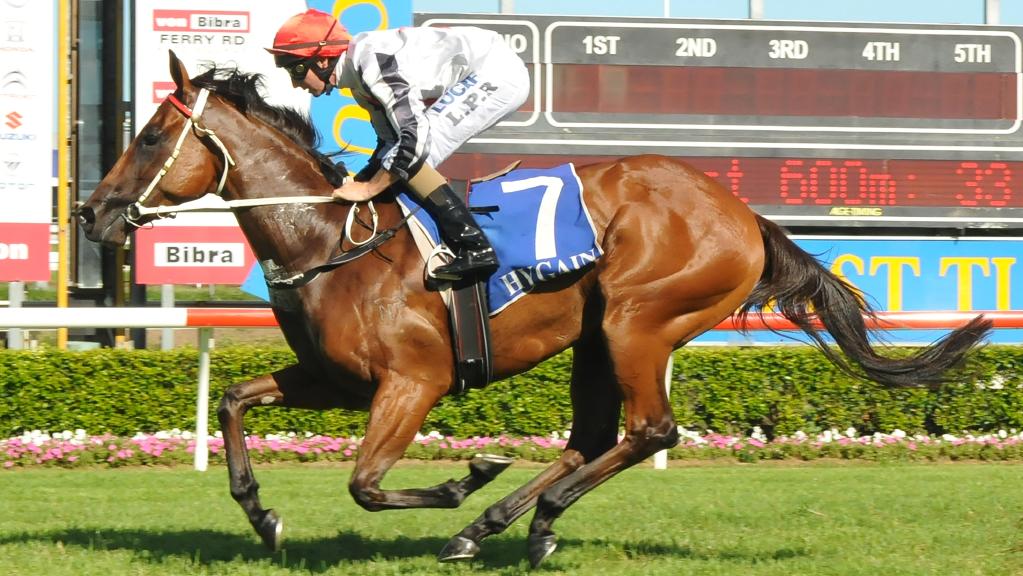